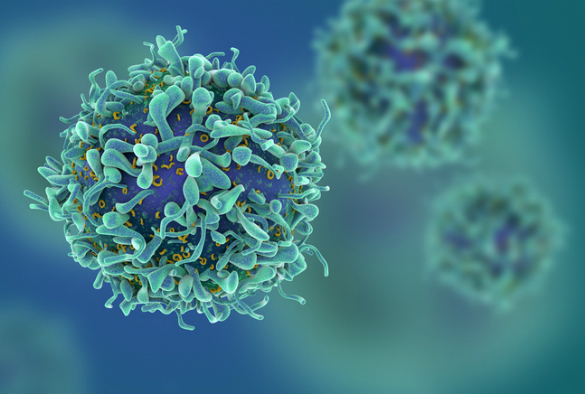 Scientists at the University of Liverpool have contributed to new research findings being presented at the 2018 AIDS conference in Amsterdam this week.

Men on effective HIV treatment, where the virus is reduced to undetectable levels are sexually non-infectious, preliminary findings from the eight year PARTNER2 study reveal.

The study, led by UCL and the University of Copenhagen, is the largest to look at the risk of HIV transmission when one partner is positive and on effective anti-retroviral treatment (ART) and finds that having an undetectable viral load is as protective for gay men as it is for heterosexual couples.

“The PARTNER2 study was designed to find whether HIV transmission occurs in gay men when viral load was suppressed. Despite these couples having sex without condoms 75,000 times we did not find a single case,” said lead author, Dr Alison Rodger from UCL.

“PARTNER2 data provides robust evidence for gay men that the risk of HIV transmission with suppressive ART is effectively zero, which supports the message of the international campaign, U=U (Undetectable = Untransmittable).

“These results underline the importance of earlier diagnosis and treatment and will improve the quality of life for HIV positive people and their partners globally.”

Fifteen men, who were originally HIV negative, did become positive during the study, but by comparing the structure of each virus, using a technique called phylogenetic analysis, it was possible to show that the two infections were different, and conclude that the new infection was not acquired from the HIV positive partner.

Professor Anna Maria Geretti, from the University of Liverpool’s Institute of Infection and Global Health, who led the phylogenetic analysis with her research team said: “Each individual HIV infection has its own genetic characteristics. Comparing the genomes of different viruses can show how similar or indeed dissimilar one virus is to another.

“In PARTNER2, the phylogenetic analysis showed that in all cases of new HIV infections occurring during the study, the virus was so different that it must have come from someone other than the HIV-positive partner on suppressive ART.”

PARTNER2 is an extension of the earlier PARTNER1 study, which also found zero transmissions in a study population, where 65% of couples were heterosexual. Some gay couples in PARTNER2 were also included in the PARTNER1 results. The new results provide a similar level of confidence that HIV transmission risk in gay men through condomless sex is effectively zero as PARTNER1 provided for heterosexual couples.

Professor Jens Lundgren, professor in Infectious Diseases at Rigshospitalet, University of Copenhagen and co-author for the study said: “In 2015 we proved that it was better to start HIV treatment as soon as possible. We have now provided the scientific evidence for how effectively treatment prevents further sexual transmission.”

Simon Collins, an HIV positive treatment activist at HIV i-Base, London, and one of the community representatives involved in the study added: “PARTNER2 has met the community demand from gay men to have accurate data about our health.

“There is no evidence that HIV transmission can actually occur when viral load is undetectable. Our data continue to support the international U=U awareness campaign.”