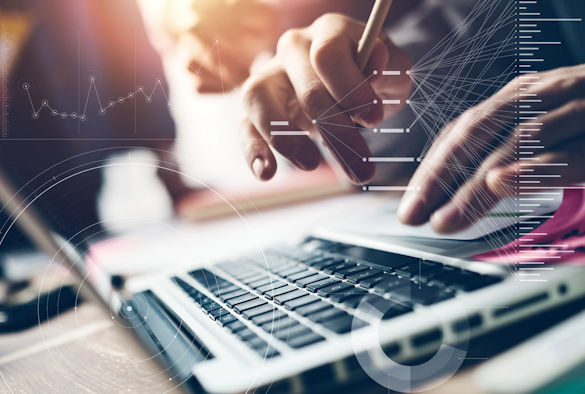 Liverpool City Region Combined Authority has agreed to provide £5 million funding, from its Single Investment Fund, for a new University development that could create more than 400 jobs.

The project will establish a Digital Innovation Factory (DIF) within the University of Liverpool’s City Centre Campus. It will be a Centre of Excellence in simulation and virtual reality, bringing together complementary areas of research of computer science, robotics, and engineering in which the University has world-class capabilities and enabling engagement with businesses to promote innovation.

It will involve construction of a new 1,530 sq m facility that will enable collaborative Research & Development and the ability to foster and grow businesses, linked to the exploitation of Digital Technologies. The DIF will focus on three particular priority sectors where the Liverpool City Region has competitive advantage, namely advanced manufacturing and engineering, low carbon energy, and digital industries, as well as other significant growth sectors including health.

Through collaboration between business and academia, the DIF is forecast to create approximately 400 jobs over a ten-year period, while boosting the city region economy by £44.5 million.

The University proposes to commence enabling works in November 2018 with completion of the facility scheduled for November 2020.

The Liverpool City Region Combined Authority also announced the approval of more than £750,000 for the construction of Project Olympus – a 105,000 square feet distribution and logistics facility on a 1.6 hectare brownfield site within the Atlantic Park Business Park in Sefton. The facility is expected to create 104 jobs and boost the economy by £39 million over a ten year period.

Speaking about the funding, Metro Mayor Steve Rotheram, said: “Our aim as a Combined Authority is to create the conditions for our economy to thrive and benefit everyone in our city region, through the creation of high-quality employment. Devolution gives us the opportunity to deliver real benefits for our residents, which is why we are supporting these schemes which should, collectively, deliver more than 500 jobs and boost our economy by more than £80 million over ten years.”

Professor Ken Badcock, Executive Pro-Vice-Chancellor for Science and Engineering at the University of Liverpool, said: “The new Digital Innovation Factory is a really exciting venture, combining our world-class strengths in computer science, robotics and engineering with state-of-the-art facilities. It will enable us to work even more closely with local industry in sectors where the city region has competitive advantage to increase the commercialisation of research and development activity.

“This is fundamental to economic prosperity and we know that this facility will have a significant positive impact on the city region.”

Dr Martyn Spink, Programme Director at IBM Research in the Hartree Centre at Daresbury, said: “This funding announcement is great news for the University, the wider City and the North of England as a whole. The Digital Innovation Factory is another step in building strong links between the University of Liverpool and IBM Research (which is part of IBM UK Ltd). This exciting new facility will be important to support our collaborative work in visualisation, artificial intelligence, simulation and modelling, not least by enabling enhanced access to highly skilled support and state-of-the-art equipment.”

The Digital Innovation Factory will a key addition to the science and technology facilities in Liverpool’s Knowledge Quarter, and an integral part of ambitious plans to deliver new workspace and lab developments as Liverpool consolidates its position as a world class innovation district.