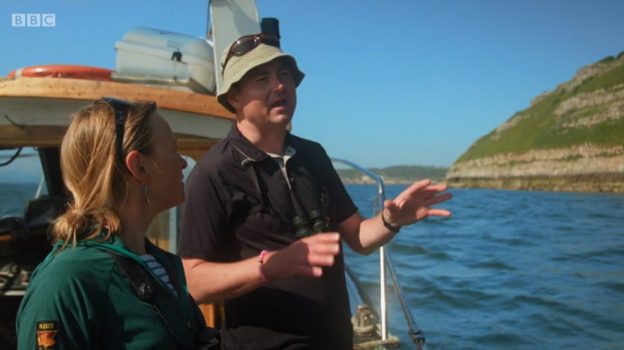 `The One Show’ team brought in drone equipment with a powerful high-resolution camera to take aerial images of the colony without disturbing the birds.

Using the images taken by the drone, Liverpool Masters student, Jess George, was able to count all the nests in the Puffin Island colony to compare to ongoing counts from boats made by Matt Murphy and John Ratcliffe from Natural Resources Wales.

The drone count is the most accurate survey ever of the cormorant population on Puffin Island and reveals that the population is at least 20% bigger than thought.

Dr Green, a senior lecturer in Marine Biology who also co-leads the Seabird Ecology group, said: “We have been working at Puffin Island for nine years and finding out more about the island’s cormorants has been our biggest challenge. Our successful experiment with the drone team from the One Show has revealed lots of exciting new possibilities for our research.”

The Seabird Ecology group in the University’s School of Environmental Sciences specialises in the study, research and conservation of seabirds around the world.

This September they will host the 14th International Seabird Group Conference, which features a workshop on using drones, or UAVS, in seabird research and monitoring.