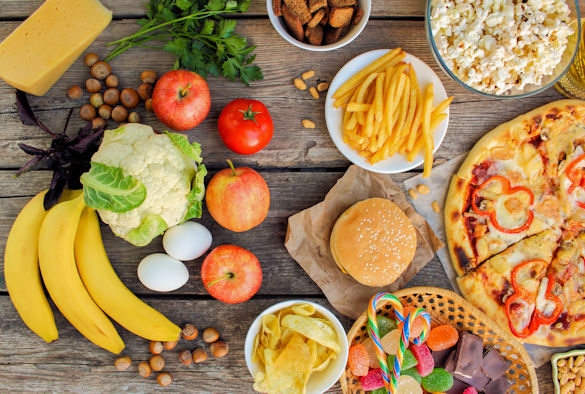 University of Liverpool researchers have received a £1.6m grant from the European Research Council to investigate social inequalities in diet and health in the UK.

Millions of lives could be saved each year through better nutrition, as poor diet is a major contributor to ill health. In particular, the most disadvantaged in society have the poorest diets and die the youngest. However, there is emerging evidence that although the most commonly used population level public health approaches may be of some benefit to people from advantaged backgrounds, they are likely to be failing the socially disadvantaged and in doing so, widening health inequalities.

Researchers from the University’s Institute of Psychology, Health and Society, led by Dr Eric Robinson, aim to identify interventions that benefit all, but are particularly effective in improving the diet of the disadvantaged, as this approach will reduce inequality and be the most effective way of improving overall population health.

Dr Robinson, said: “We will be using newly developed immersive digital reality methods to study dietary choice and laboratory feeding paradigms to examine dietary consumption in the socially advantaged vs. disadvantaged, before conducting the first ever large scale randomized control trial to identify how the real-world implementation of interventions affect social inequalities in diet.

“We will then use the information gained from the initial part of the project to understand how the implementation of different nutrition policy interventions would affect population level health and health inequalities in Europe.”

The research will involve collaboration with Professors Martin O’Flaherty and Simon Capewell from the Non-communicative disease prevention and food policy research group also based in the Institute of Psychology, Health & Society.

By using inter-disciplinary methods this project will identify nutrition intervention approaches that can be used to improve population health and reduce social inequality. More information about Dr Robinson’s research can be found here.