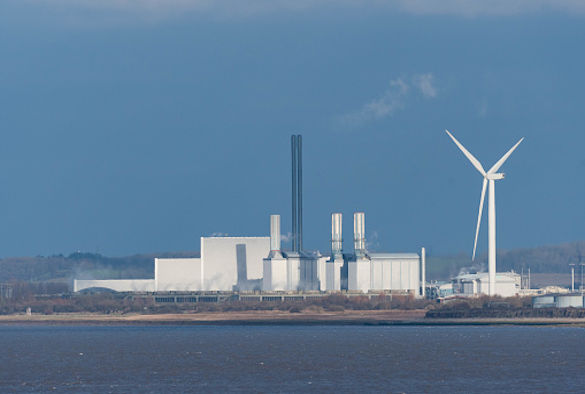 A new decision-making tool to help the energy sector plan effectively for the future and mitigate the consequences of flooding and rising sea levels on their coastal facilities has been developed by a research team led by the University of Liverpool.

The tool combines sea-level rise projections for each decade in the 21st Century with modelling to determine the economic costs of flooding to coastal energy infrastructure – such as electricity substations and nuclear power facilities.

The research team used their expertise in hydrodynamic modelling, flood risk assessment and economics to develop a `Real Options’ methodology for weighing up the costs and benefits for making coastal energy facilities more resilient to coastal storms and sea-level rise.

The impact costs are compared with the cost of putting measures in place to protect these assets, such as flood defences, retaining walls, and raising the height of switch gear.

The novelty of the tool comes from running the flood model many times over using probabilities assigned to UK Climate Projections (UKCP09) of sea-level rise.

This information is particularly important for the UK which has three times as many coastal facilities as any other European country.

The new tool is the result of research by the Adaptation and Resilience of Coastal Energy Supply (ARCoES) project which involves researchers from the University, the National Oceanography Centre and the University of Exeter, in addition to industrial partners, National Grid, Electricity North West and EDF.

Professor of Geography and Planning and principal investigator on the ARCoES project, Andy Plater, said:  “Scientists often focus on the problems of climate change and identifying the underlying cause, perhaps overlooking the fact that the problem needs to be dealt with by someone in a cost-effective and timely manner.

“Through the ARCoES project, we’ve provided partners across the energy and coastal sectors with information and decision-support tools that help to inform operations and strategy in relation to their climate change adaptation measures. The Real Options method applied here will be used to shape optimal resource allocation to build resilient infrastructure.”

Jenny Brown, lead scientist at the National Oceanography Centre, said: “It is important that our collaborative research, delivered through the Liverpool Institute for Sustainable Coasts and Oceans (LISCO) benefits the economy, public policy or services, the environment and society. Through the ARCoES project and associated Impact Acceleration Account we also developed modelling tools for designing large-scale beach recharge schemes, known as Sand Engines, to mitigate problems of coastal erosion and flooding.”

Tom Prime, the developer of the Real Options methodology alongside Karyn Morrissey at the University of Exeter, added: “The approach developed here for the NW region can be applied anywhere in the world to coastal infrastructure of any kind.

“This versatility is critical in ensuring that our research can be used to achieve resilient coastal communities and economies, particularly in areas where storms are a threat to life and livelihoods. The impacts of hurricanes Harvey, Irma and Maria in the Caribbean and US last year evidenced the vulnerability of energy systems to severe tropical storms.”

Research on the ARCoES project is now continuing through BLUEcoast, a NERC-funded research consortium investigating how sediments and biota interact to provide natural coastal resilience. The focus of this project is on providing stakeholders with new information on coastal response to climate change that will inform decisions about nationally important energy infrastructure at Sizewell, Dungeness, Hinkley Point and Oldbury-on-Severn.

The adaptation and Resilience of Coastal Energy Supply (ARCoES) project is funded by the Engineering and Physical Sciences Research Council (EPSRC).

The research is published in the Journal of Ocean and Coastal Economics.