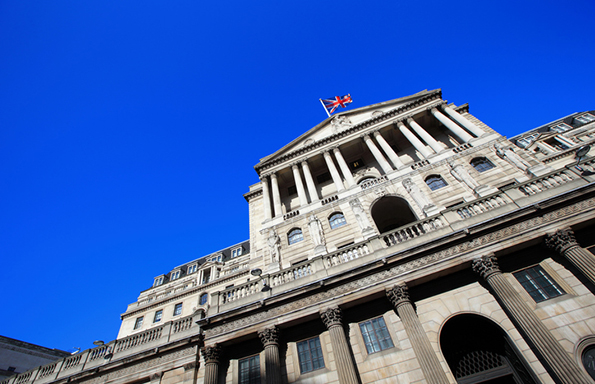 Prime Minister Theresa May has warned “it’s either my [Chequers] deal or no deal”. With betting odds implying a probability of 62.5% on no deal being reached before April 1st 2019, one way of looking at the impact of such an outcome is to consider its consequences in terms of an economic policy uncertainty shock. There are good reasons why policy uncertainty affects the economy. Policy uncertainty motivatesagents to delay investment and hiring decisions, and so leads to a decline in investment employment and total output. Further, under these conditions, monetary policy becomes less effective. This is because agents tend to postpone decisions until more precise information becomes available, and this cautiousness makes them less responsive to changes in the economic environment, including the interest rate. Last but not least, credit rating agencies respond by downgrading the credit profile of countries hit by rising policy uncertainty. 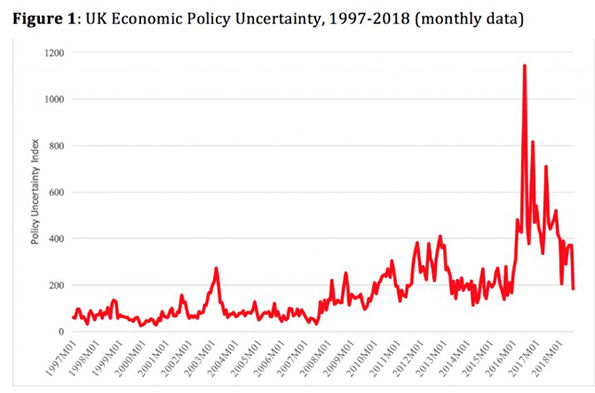 In new research we assess the impact of economic policy uncertainty on the eﬀective exchange rate and interest rate diﬀerentials between the UK and our main trading partners (namely the Euro area and the US) prior to, during, and in the aftermath of the EU Referendum. This is done in the context of so-called time-varying models which are flexible enough to track the changing nature of key economic variables over time. Two key results emerge.

First, the inﬂuence of a policy uncertainty shock to the interest rate differential between the UK and our trading partners had been more persistent and contractionary in the run up to the referendum. For a given value of our trading partners’ policy rate, a shock to economic policy uncertainty a year before the referendum remained prominent 20 months after the shock was observed.

Our results highlight the importance of economic policy uncertainty for monetary policy stance as well as for exchange rate movements. What our findings also emphasise is that, in order to hinder the inﬂuence of policy uncertainty, the UK needs to agree on a trade deal prior to its departure from the EU.

Mark Carney has warned MPs that “[f]rom a monetary perspective, we would look to do what we could to ease that [no-deal] scenario but there are limits to what we can do,”. Under the assumption that the impact of an economic policy uncertainty shock during June 2016 is a ‘best-case’ scenario of what might happen to monetary policy stance and exchange rates, the absence of a trade agreement looks set to yield further depreciations of the pound relative to leading currencies, together with a sharp cut in the Bank’s policy rate and another round of quantitative easing. Loosening the monetary policy lever through quantitative easing will also look to hinder possible downgrade pressures on the UK’s national debt, something that will most certainly be transmitted to the private sector. In other words, a no-deal Brexit will push the Bank of England to the limit.

More
How should Theresa May respond to Jeremy Corbyn’s customs union plan?