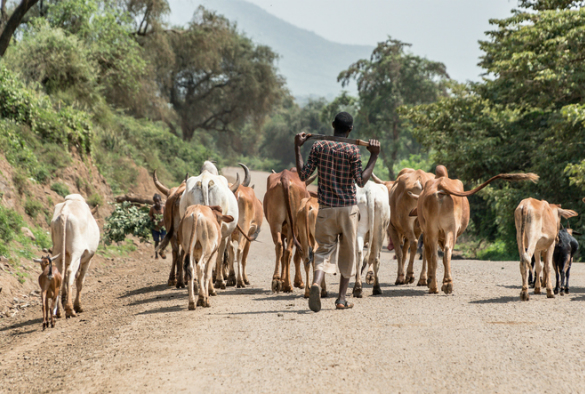 Scientists at the University of Liverpool are starting work on new vaccine research project for animal sleeping sickness, one of the leading livestock diseases in Africa.

Dr Andrew Jackson at the University’s Institute of Infection and Global Health, along with colleagues at the Liverpool School of Tropical Medicine and the Wellcome Trust Sanger Institute, has been awarded over £800,000 by the Biotechnology and Biological Sciences Research Council (BBSRC) to identify and evaluate vaccine candidates for African animal trypanosomiasis (AAT).

AAT is a livestock disease caused by the blood parasites Trypanosoma congolense and Trypanosoma vivax, which are spread by the bite of the tsetse fly. The disease is endemic in 37 sub-Saharan countries, and causes chronic anaemia and severe loss of condition resulting in death if untreated. The UN’s Food and Agricultural Organization (FAO) considers AAT to “lie at the heart of Africa’s struggle against poverty” with 50 million cattle at risk and billions of dollars lost in agricultural productivity annually.

Dr Jackson and his team are aiming to evaluate vaccine candidates for this disease, a task made more difficult by the fact that the surface structure of the trypanosomes is constantly changing. In this study they will evaluate a panel of candidate proteins that are expressed only when the parasite is within the tsetse fly – the ‘fly-stage antigens’ – which typically do not change their structure like the mature parasite, yet produce a strong immunological response.

Using antigens from the ‘fly-stage’ could allow the body to produce antibodies upon initial infection as the parasites are transferred in the fly bite, before the parasites migrate to the blood stream and evade the immune system.

Dr Jackson said; “The potential commercial application of AAT vaccines is enormous, and the likely positive effect on animal health and livestock productivity across Africa and South America would be profound.”