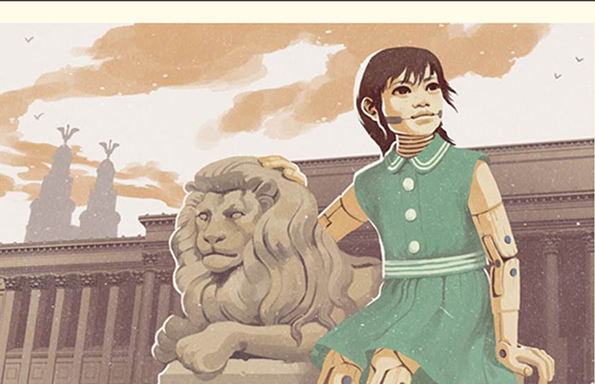 The national and international reputation of Liverpool continues to be influenced by European Capital of Culture a decade on, according to a major new study by the Institute of Cultural Capital (ICC).

Analysis of media coverage, assessment of the city’s cultural assets, its government and leadership, as well as focus groups and door-to-door surveys in selected representative neighbourhoods, position 2008 as the year when external narratives changed and citizens’ sense of pride substantially improved.

The Impacts 18 study was carried out by Dr Beatriz Garcia and her team at the ICC, a collaboration between the University of Liverpool and Liverpool John Moores University.

Dr Garcia said: “Our research proves how over the last ten years, Liverpool has asserted its cultural renaissance.

“The way the city sees itself, and is seen by the rest of the country, has been transformed and sustained over more than a decade, with culture being seen unmistakeably at the heart of the city’s rebirth.

“Across different research streams and methodologies, data reveal an affirmation in local positive image, a growth in national confidence and stronger appreciation of Liverpool as a desirable cultural centre with a more promising future than was the case pre-2008.

“Liverpool has consolidated its position as a tourism destination, and is now the fifth most listed UK city for international visitors.

“Positive shifts in the city’s physical cultural and entertainment infrastructure, such as development of Liverpool One and the Arena Convention Centre in 2008, and the opening of the Museum of Liverpool in 2011, have been complimented by intangible cultural heritage accolades such as the 2015 UNESCO Creative City of Music award.”

The Impacts 18 findings will be presented as part of a major international symposium hosted by the city over October 18 – 19 and featuring contributions by speakers such as Channel 4 News’ Jon Snow; Tate Director, Maria Balshaw; Lord Michael Heseltine; Women of the World CEO, Jude Kelly and Phil Redmond, among others.

Analysis of media coverage pre and post 2008, found that discussion of the images and icons of Liverpool doubled between 2010 – 2017. Prior to the awarding of European Capital of Culture (ECoC) media focussed largely on social issues, such as crime, when reporting the city.

But this became secondary to culture in 2008, and by 2012/13, was balancing out with positive coverage of Liverpool’s images and icons.

Impacts 18 found a 50% growth in grassroots cultural initiatives throughout Liverpool’s inner-city, between 2005 – 2018, as well as a diversification in focus to involve more education, employment and training, and greater emphasis on mental health, wellbeing and social inclusion.

Assessments of official city documents and strategies by the team pointed to an increased appreciation of the value of culture to the city’s economy, planning and regeneration.

And, crucially, Impacts 18 found Liverpool residents unanimous in their positive memories of 2008. In total, 44% of residents surveyed in four representative neighbourhoods felt Liverpool is viewed positively – a significant increase on 2007, when just 27% responded in this way. The same survey revealed that 90% of respondents agreed that Liverpool has become a more creative city over the last decade, with 60 % also indicating that ECoC had an impact on their lives.

But with the city continuing to lag behind UK and core city averages for employment rates, Gross Value Added (GVA), productivity and qualification levels, the report does identify ongoing challenges, particularly around cuts to funding and the impact of austerity; that a gap remains between the portrayed image of a diverse city and the ground level reality; a fear devolution could cause fragmentation and a lag between culture being referenced in strategy and its actual implementation and measurement.