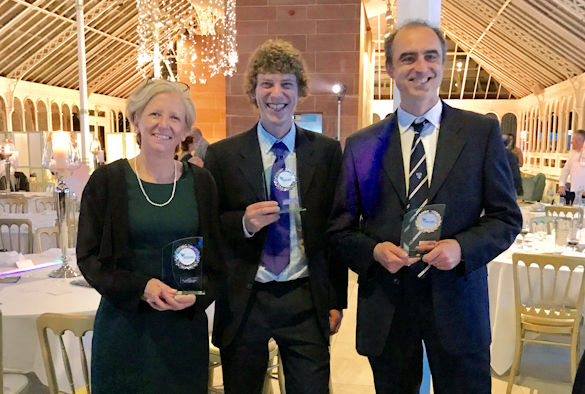 Two Professors from the University’s Institute of Translational Medicine have been recognised for their contribution to the work of the North West Cancer Research (NWCR) at a special gala celebrating the charity’s 70th anniversary.

NWCR is the only independent supra-regional cancer research charity fighting the toughest cancers in North West England and North Wales. Since funding their very first research project, they have always been at the forefront of life-saving cancer research. More than 70 years later, they are still funding some of the best cancer research at the University of Liverpool, Bangor University and Lancaster University.

Professor Ian Prior, NWCR Chair in Molecular Biology, was presented with an ‘Excellence in Research’ award for his consistently produced high quality scientific research relating to the cellular and molecular physiology of cancer.

Professor Sarah Coupland, Director of the North West Cancer Research Centre since 2014, was presented with the ‘NWCR Ambassador award’ for her efforts in promoting the charity.

Both awards were presented during the NWCR Gala dinner on Saturday, 29th September at the Isla Gladstone Conservatory, Stanley Park, Liverpool.

Dr Andrew Fielding, a former University of Liverpool member of staff who is now based at the University of Lancaster, received the ‘Rising Star in Research’ award.

To find out more about North West Cancer Research and the work it supports or to find out how you can help their fight against cancer visit http://bit.ly/NWCRhome