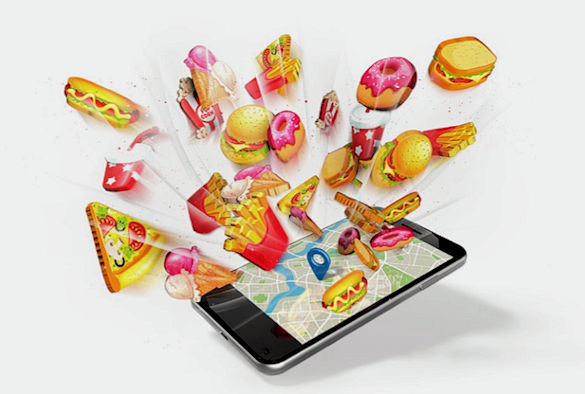 A new report finds that many existing policies and regulations aimed at tackling food marketing to children are markedly insufficient, meaning children continue to be exposed to commercial messages promoting foods high in fats, salt and sugar.

The report, prepared by researchers from the University of Liverpool and the Open University in collaboration with the World Health Organisation (WHO)/Europe, found that around half of the 53 countries in the Region have taken some steps to limit marketing of high fat, salt and sugar (HFSS) foods to children.

A few countries have adopted legally binding rules, which specifically restrict HFSS food marketing in certain media, at certain times. Others are attempting to address the challenge of digital marketing. However, many countries still report no action, and an overwhelming preference for self-regulation by the food and advertising industries remains – an approach that is often found wanting by independent review.

In addition, the evidence suggests that the impact of existing policies on reducing children’s exposure to HFSS food marketing has been limited, something that is exacerbated by changing media usage and the increasingly integrated nature of marketing across a number of different media and platforms.

However, the report finds that implementation of the set of recommendations continues to be patchy – despite unequivocal evidence that HFSS food marketing has a harmful impact on children’s eating behaviours and body weight, and repeated commitments made by countries to halt the rise of childhood obesity by 2025.

The report identifies existing loopholes in policies, ongoing challenges, and factors that countries need to consider in order to effectively limit the harmful impact that HFSS food marketing has on children’s health and rights.

Drawing on the most authoritative evidence, the report offers guidance to help countries formulate policies in line with the set of recommendations. In particular, the report encourages countries to consider the following points:

• Most existing action focuses on broadcast advertising only, despite clear evidence that children are exposed to marketing through many other avenues: in the digital sphere, via product display, and through packaging and sponsorship of HFSS foods. Countries therefore need to adopt a more comprehensive approach to HFSS food marketing regulation

• Existing regulations typically limit their scope to child-oriented programming and focus primarily on advertising, leaving a broad range of programmes, media and marketing techniques to which children are exposed unregulated. Countries should therefore ensure that they focus on establishing policies to effectively reduce children’s actual exposure to HFSS food marketing, rather than policies based on the classification of content or media

• Existing rules typically only seek to protect children up to a certain age (typically 12 or 13 years), even though a growing body of evidence suggests that adolescents are also negatively affected by HFSS food marketing. The scope of rules should be extended to protect all children

• Countries have not always adopted effective food categorization systems to determine what foods should not be marketed to children. They should ensure that they use existing, or develop new, evidence-based nutrient-profiling systems that effectively identify unhealthy food according to nutritional quality

• Countries have failed to effectively regulate cross-border marketing at a regional level; they should reflect on how better cooperation and harmonization could avoid weakening national HFSS food marketing restrictions and could strengthen efforts to address the global issue of food marketing in digital media

Dr Emma Boyland, who conducted the research on behalf of the University of Liverpool, said: “The evidence is clear that children are exposed to a lot of food marketing and that exposure negatively affects their food choices and consumption. Given the high levels of childhood overweight and obesity across Europe, it is crucial that governments follow the WHO guidelines and enact regulations that will meaningfully restrict the volume of persuasive food marketing that children see.”

Professor Amandine Garde of the Law & Non-Communicable Diseases Unit in the University’s School of Law and Social Justice was a co-author of the report.

The full report, entitled ‘Evaluating implementation of the WHO set of recommendations on the marketing of foods and non-alcoholic beberages on children’, can be found here.

The original report announcement regarding the publication of the report can be found here on the WHO/Europe website.