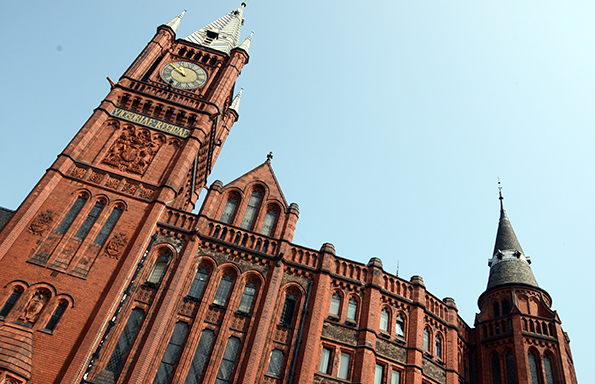 The University of Liverpool’s Institute of Irish Studies is hosting an exhibition and a Panel Discussion to mark the 50th Anniversary of Civil Rights 1968-2018.

The events are part of the Institute’s yearlong commemoration of the people’s peace process, which has already seen the  Agreement: A People’s Process exhibition at the University’s Victoria Gallery & Museum (VG&M) in March and April 2018 and a number of public lectures.

Voices of ’68, the National Museum of Northern Ireland’s touring exhibition, is told in the words of some of those most directly involved at the time.

The project has involved producing filmed testimonies that widen the framework of public memory, supported by contemporary collecting, public programming and the development of new learning resources.

Dealing with the legacy of the past is the principal challenge facing Northern Irish society and the cause of the conflict remains a highly contested political issue. Revisiting 1968 challenges assumptions about the inevitability of conflict and opens opportunities for creative dialogue around issues of human rights and political reform that continue to resonate with contemporary relevance.

There will also be a Panel Discussion on December 6 2018 to accompany the exhibition in a joint event with the Institute of Irish Studies’ annual DB Quinn Lecture.

The discussion is free to attend but registration is required at https://www.eventbrite.co.uk/e/52479886754.

Dr Lauren Arrington, Institute of Irish Studies Head of Department said: “1968 was the turning point for democratic movements around the world. We are pleased to host this exhibition and discussion as part of our year-long commemoration of the people’s peace process.”

The Voices of ’68 exhibition includes access to augmented reality video footage and will encourage visitors to reflect and contribute their thoughts and opinions.

An interactive iBook has been developed by the Nerve Centre to accompany the Voices of ’68 exhibition, allowing users to watch video content used throughout the exhibition and to explore galleries of images. Download the resource for free from Apple’s iBooks Store

Voices of ’68 will be on show at the Victoria Gallery & Museum, Liverpool until 5 January 2019. To find out more, please visit http://vgm.liverpool.ac.uk/your-visit/