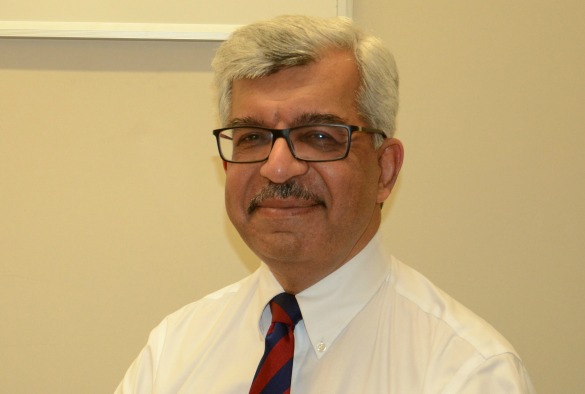 NHS England’s Chair, Lord David Prior, has welcomed the appointment of one of the country’s leading experts in genetics and personalised medicine, based at the University of Liverpool, to the organisation’s board.

Professor Sir Munir Pirmohamed, who is based at the University’s Institute of Translational Medicine, has been appointed by the Secretary of State as a non-executive director of NHS England. Among other posts, he is the David Weatherall Chair of Medicine and NHS Chair of Pharmacogenetics at the University, and Director of the MRC Centre for Drug Safety Science and Wolfson Centre for Personalised Medicine.

His work has seen him at the forefront of research into the personalisation and safety of medicines based on an individual’s genetic make-up, and he was awarded a Knighthood in the Queen’s birthday honours in June 2015 for services to Medicine.

Lord Prior, said: “The NHS stands on the brink of being able to harness the benefits of genomic research to provide ever-more precise a2nd safe treatment for patients with a wide range of conditions. The completion of the 100,000 Genomes project puts the UK at the leading edge of a fundamental breakthrough in medical science. How we incorporate genomic medicine into the NHS, and combine genomic data with NHS data to stimulate research into further tests and treatments, is the greatest opportunity in a generation to improve the health of people in England, and indeed the rest of the world.

“As one of the world’s leading experts in this field, Professor Pirmohamed will bring invaluable knowledge and expertise to the table as we seek to make the most of this opportunity, and deliver as much benefit to patients as possible.

“I look forward to working with him and other colleagues in the New Year, as we will also be working to translate the important ambitions which will be set out in the NHS Long Term Plan into real improvements for patients in every part of England.”

Professor Pirmohamed’s appointment takes effect from 1 January 2019, for a period of three years, and was made following the established process for appointments to public boards.