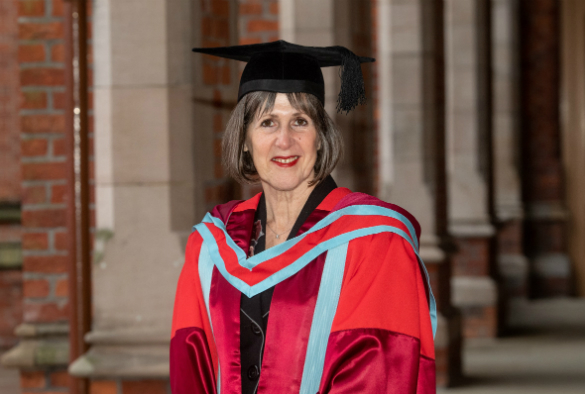 Vice-Chancellor Professor Dame Janet Beer has received an honorary degree from Queen’s University Belfast in recognition of her work on gender equality.

In December last year she was recognised for her services to both higher education and equality and diversity in the New Year’s Honours list.

Professor Beer is particularly passionate about supporting and encouraging women in leadership positions and has overseen considerable institutional success in this area. The University of Liverpool has seen a rapid increase in appointments of female professors in recent years and, in 2017, was awarded its first Athena SWAN Gold award in recognition of its work to promote gender equality.