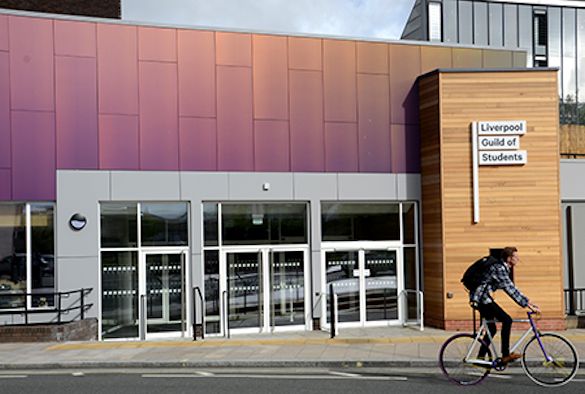 To date, the Guild have trained more than 600 students to be active bystanders. The training has been developed by the University as part of our Safe and Welcoming Campus Environment project. If you’re interested in taking the training, please contact Liam Gaffney for more information.

We caught up with Liam de Gruchy to find out more about the training and what Liam learnt.

Last month I took part in Bystander Intervention training. The training provided us with knowledge and understanding of not only what a bystander is, but also how we could develop our skills surrounding bystander intervention as well as sexual misconduct and other similar behaviours.

We quickly learnt that it’s a hugely important topic. 26% of students around the country experience unwanted sexual advances and 36% of students witness this happen to another (Ministry of Justice, Home Office and Office for National Statistics, 2013; NUS, 2015). Perhaps most shockingly, in 1994 the Zellick report concluded that if a student does not wish to go to the police concerning a sexual harassment, the university should take no further action. A rule that was not reversed until 2016.

Thankfully, 2016 brought about a zero-tolerance approach to the issue and this highlighted the need for bystander intervention. For example, the Guild’s policy ensures individuals conduct themselves in a manner of mutual respect that does not offend one another with any anti-social behaviour. Guidelines that ensure the Guild is an inclusive and supportive space for all students.

During the day we learnt about different types of bystander:

It was incredibly useful and thought-provoking to make these distinctions. Before the training I had no idea that someone can automatically become a bystander simply by witnessing or being in the presence of a potentially harmful situation.

One of the most important aspects of the training was making the distinction between different approaches to intervention:

One of the main take-home messages from this section was ensuring bystanders consider their own safety first before intervening, and that if your chosen approach does not feel safe, consider an alternative.

Once we were taught all this we moved into more active group-style work to consolidate and question what we had learnt, using real life scenarios, often focusing on quite sensitive topics.  This was perhaps the most challenging aspect of the training as we had to question not only what we would do, but critically evaluate what other bystanders had done in these scenarios. Putting yourself in the shoes of someone else and trying to accurately and appropriately critique their response was harder than it sounds!

The following questions were used to evaluate the intervention:

One of the most memorable aspects of this was the wide array of barriers that can be presented in a given situation. These include failure to notice, a bystander’s beliefs or opinions or knowing the victim involved. However, perhaps most memorable was the Bystander Effect – something I had previously learnt in my psychology degree. It is a phenomenon where individuals are less likely to help someone in need or distress the larger the group of bystanders present. So, in the context of university life, we are less likely to intervene when we witness sexual misconduct in or around campus if we are part of the wider crowd. A finding I found particularly alarming.

On reflection, the training provided a well-rounded and thought-provoking experience of what it’s like to be a bystander, not only on campus, but in all areas of life. The training not only gave me skills to carry forward in my volunteer role, but also in wider university life and beyond.