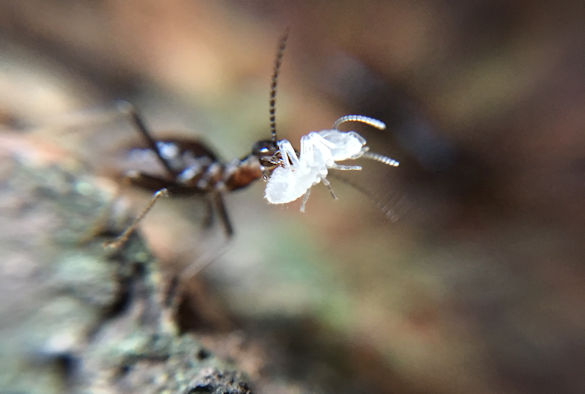 A major new study by the University of Liverpool and the Natural History Museum has discovered that termites mitigate against the effects of drought in tropical rainforests.

Researchers from both institutions undertook the first large-scale study to test the hypothesis that termites play a crucial role in maintaining ecosystem processes in rainforests during periods of drought.

Termites play an important role in the ecosystem as decomposers and facilitate nutrient cycling, enhance soil moisture and affect nutrients. They are one of the few living creatures that can break down cellulose found in plant material.

Working in tropical rainforest in Malaysian Borneo, during and after the extreme El Nino drought of 2015 – 16, the research team compared sites with lots of termites with sites where termites had been experimentally removed using novel suppression methods.

They found that the sites with termites saw an increase in the abundance of termites during the drought period, with fewer termites in the non-drought period.

The greater number of termites during the drought resulted in higher rates of leaf litter decomposition and nutrient cycling, and increased soil moisture and seedling survival rates compared with the non-drought period.

Liverpool ecologist, Professor Kate Parr from the University’s School of Environmental Sciences, said: “Whilst there has been some work exploring how severe drought affects plants in tropical rainforests, our study shows for the first time that having termites helps protect forest from the effects of drought. Termites might only be small but collectively their presence can help reduce the effects of climate change in tropical systems”.

Lead author, Dr Hannah Griffiths, also with the School of Environmental Sciences said: “The results of our study are important because we show that intact biological communities can act as a kind of ecological insurance by keeping ecosystems functioning in times of environmental stress.”

Joint lead author, Louise Ashton from the Natural History Museum and University of Hong Kong said: “Termites confer important ecosystem services, not only in pristine tropical rainforest, but in disturbed or even agricultural ecosystems, if termite abundance is reduced with disturbance, these habitats could be particularly sensitive to drought.”

Senior author, Dr Paul Eggleton from the Natural History Museum said: “People are just realising how important invertebrates are ecologically, particularly social insects. Termites and ants may well be the ‘little things that rule the world’.”

The paper `Termites mitigate the effects of drought in tropical rainforest’ is published in the journal Science (doi: 10.1126/science.aau9565). 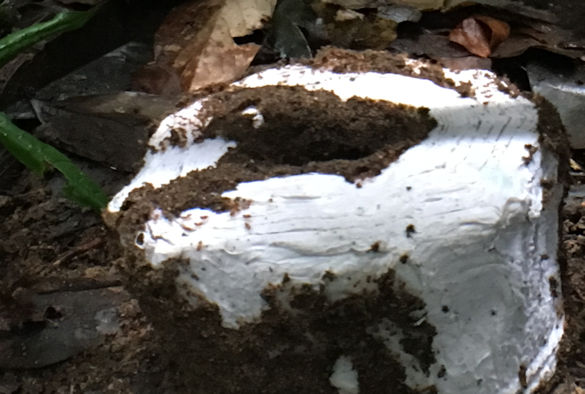