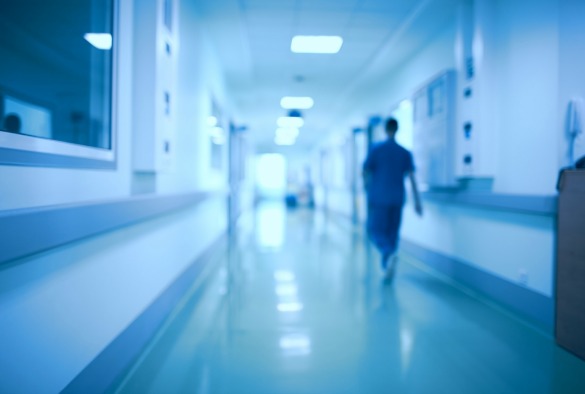 A survey of 20 disadvantaged neighbourhoods across the North West has revealed the social influences on why people attend their local Accident & Emergency department.

Researchers from the University of Liverpool, supported by the National Institute for Health Research (NIHR), conducted a household health survey including over 3,500 face-to-face interviews with households randomly selected in communities across Lancashire, Cheshire and Merseyside.

31% of survey respondents had attended A&E in the previous 12 months with individual attendance rates ranging between 1 and 95 visits. Age was a big factor in potential visits, with 18-26 year olds three times more likely to attend A&E compared to those above 64 years of age

Other outputs from the research, published in the online journal BMJ Open, suggested a lack of a job increased the likelihood of A&E attendance by 38% and poor housing conditions increased attendance by 34%.

Participants were asked to complete general background about their physical health, mental health, lifestyle, social issues, housing, environment, finances and local health service usage. Households were approached at different times during the day to ensure a mix of sample participants.

Depression, a need for help with personal care, access to public transport and household proximity to A&E departments were other key factors found to influence an individual’s decision on whether to attend. Those living closer to an A&E department also formed a higher proportion of attendees while the distance from their local GP surgery could also influence a decision to attend.

Dr Clarissa Giebel, a Research Manager at the University of Liverpool, said: “This is one of the first surveys to explore a comprehensive set of socio-economic factors, as well as proximity to both GP and A&E services, as predictors of A&E attendance in disadvantaged areas

“A&E attendance rates are rapidly on the increase and are particularly high in disadvantaged areas.

“In order to reduce A&E attendances we need to consider wider factors communities are facing. Inequalities around employment and housing are an important part of understanding the motivations for attendance levels and there is a clear need for closer consideration of the placement of primary care services and ensuring clearer public access routes to them.”

The research also identified that higher levels of education were associated with an increased likelihood of A&E attendance and having more than one illness did not automatically mean people would be more likely to attend A&E, when compared to someone with a single condition.

The research was supported by the Collaboration for Leadership in Applied Health Research and Care North West Coast (NIHR CLAHRC NWC), part of the National Institute for Health Research, the nation’s largest funder of health and care research. The University of Liverpool is Partner in the Collaboration which aims to identify and help reduce health inequalities across the North West Coast population.

The 20 neighbourhoods were selected by 10 local authority partners of CLAHRC NWC against set criteria including deprivation indexes and population size.

Professor Mark Gabbay, Director of CLAHRC NWC and Professor of General Practice at the University, said: “These results are important for frontline and community services to digest and use to plan future services so we can tackle health inequalities identified in the research. We will be sharing the results through a series of local learning exchange workshops with our Partners, including Local Authorities and NHS outlets, and be inviting along representatives from the participating communities.

“I am also proud to say members of the public have been directly involved in the compilation of the research and its resulting publications.”

The full research has been published online in BMJ Open and is available here.