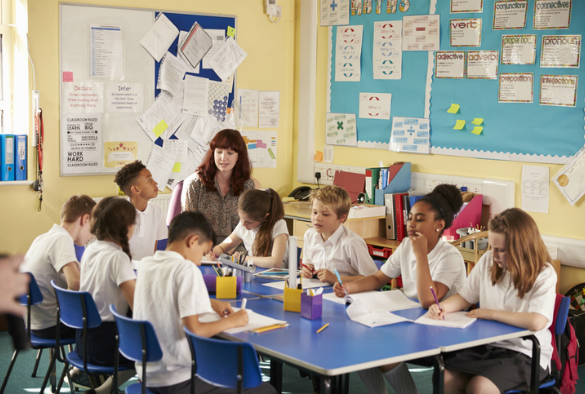 Researchers at the University of Liverpool have collaborated with teachers and pupils to develop practical strategies for the teaching and learning of evolution.

Emeritus Professor Terry Russell and Dr Linda McGuigan worked with schools across the North West of England on the project, which was funded by the Nuffield Foundation. Practical outcomes include a curriculum ‘road map’ and a website to promote pupils’ evidence-based exchanges of ideas about evolution.

The research responded to challenges that arose from changes to the national curriculum in England in 2015-16, including a new requirement for Year 6 primary pupils to learn about evolution and inheritance.

“We know that many primary teachers lack confidence in their science subject knowledge and secondary colleagues often struggle to ensure continuity across the primary to secondary transition,” Professor Russell, a science education researcher, explained. “The developmental approaches used in our research have been warmly welcomed by teachers and could be adopted across different science curriculum content.”

The research was classroom-based and worked directly with teachers and pupils across Years 5-9 to ensure the practicality of the emerging guidance. The researchers, who both have a background in psychology, constructed developmental learning progressions that aim to ensure continuity and progression across primary and into secondary education.

As evolution covers several foundational and interconnected ideas, a curriculum map of how and when to introduce different topics was created. This included variation within species, the idea of geological or ‘deep’ time, approaches to learning about fossils, and selective breeding as an introduction to natural selection.

Establishing the pupils’ appreciation of macroevolution was a major target of the work. The research recommends that the ‘big idea’ of evolution should be introduced early on to pupils in years 5-6 using the ‘tree of life’ metaphor as in Darwin’s notebook. “A basic understanding of the tree of life can help combat the widespread idea that one species gradually changes into another, which often results in questions such as, ‘Why are there still apes if apes have changed into people?’” said Dr McGuigan.

The concept of geological or ‘deep’ time is not directly considered in the science curriculum, so ways of making the enormous numbers more accessible to pupils were successfully developed, including evolution trails made by scaling time in terms of distance walked.

The researchers also recorded samples of pupils’ interview ideas about evolution for use as a freely-available online resource to initiate classroom debate, which can be used to support a culture of ‘argumentation’ in lessons.

“In some parts of the world, evolution is considered too ‘difficult’ or ‘problematic’ a topic to be understood by pupils, with teaching discouraged or even banned in a number of countries,” added Professor Russell. “While evolutionary concepts are often complex, they are foundational to most modern biology so cannot be ignored. Our research has generated evidence-based insights and practical advice for a workable approach to the teaching and learning of a Darwinian perspective.”