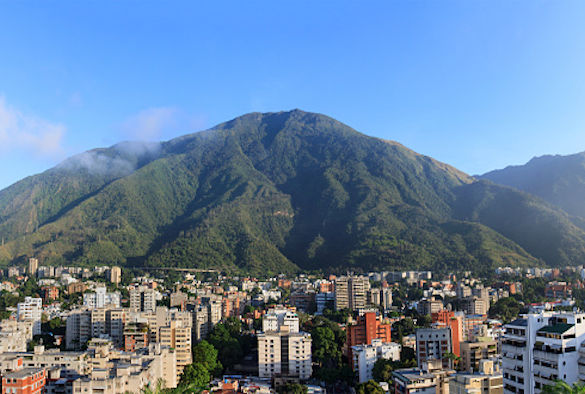 The situation in Venezuela is complex. There is no doubt that there is a socio-economic crisis in Venezuela, yet western media outlets seem largely indifferent to the impact of sanctions on Venezuela imposed by western nations (as just one example, the Bank of England froze access to Venezuela’s gold reserves on 25 January 2019).

There is also no doubt that humanitarian aid is being used for political ends (to facilitate regime change). The government of President Maduro claims that this ‘aid’ is a front that will lead to military intervention in Venezuela.

There is a precedent for this as weapons were smuggled by sectors of the Reagan administration in the late 1980s to Contra guerrilla fighters in Nicaragua in the guise of ‘humanitarian aid’, but it is unlikely that this is the case in Venezuela as yet.

It is more likely that the US administration and the Venezuelan opposition are counting on extreme economic destabilisation to cause sufficient social unrest to topple the Maduro government internally (Chile in the early 1970s, leading to the US-backed military coup that took place in 1973 at the cost of over 3000 lives and over 40,000 tortured, would be a precedent for this).

Nevertheless, the recently photographed handwritten note by the US National Security advisor John Bolton saying ‘5000 troops to Colombia’ certainly adds weight to claims of a programme of direct intervention leading to military action by the USA. Similarly, the dispatch of special envoy Elliot Abrams by the Trump administration charged with ‘restoring democracy’ to Venezuela should be especially concerning to truly democratic nations.

Mr Abrams was part of a team responsible for the destabilisation of democratically elected regimes (Nicaragua) and the support of military dictatorships (Guatemala, El Salvador, Honduras) throughout Central America in the 1980s that caused the deaths of hundreds of thousands of civilians and the forced displacement of millions.

He was directly involved in the arms to Iraq scandal in the mid-1980s (to fund weapons to the guerrillas fighting the democratically elected government of Nicaragua) and narrowly avoided a long custodial sentence by plea-bargaining.

He was also involved in the deliberate distortion of the truth and cover-up of a massacre of over 1000 civilians, by US-trained troops in the town of El Mozote, El Salvador in 1980. This man is now responsible for ‘restoring democracy’ in a country where there is a (nominally) democratically elected government (notwithstanding corruption, incompetence and documented problems with the last presidential elections).

It is worth bearing in mind that the opposition leader Juan Guaidó has proclaimed himself ‘President’ even though he has not stood for election as such. He claims that he has the constitutional right to do so in the event that the office of ‘President’ is vacant. Yet it is not vacant. Notwithstanding this, he has significant support within Venezuela and has been recognised by the USA, Canada and the majority of European and Latin American nations.

With regard to these external influences we might wonder why, but the answer is very simple. John Bolton has gone on record admitting that the real reason is access to Venezuela’s vast oil reserves saying: ‘It will make a big difference to the United States economically if we could have American oil companies really invest in and produce the oil capabilities in Venezuela. It’d be good for the people of Venezuela. It’d be good for the people of the United States.’ (Interview with Fox News, 28 Jan 2019).

Whether this would be good for the Venezuelan people remains to be seen. We’ve seen such regime-change interventions for oil and extraction industries (disguised as struggles for democracy) many times before and they have never ended well for the ordinary people of the countries concerned—quite the contrary.

In 1948, George Kennan (US Director of Policy Planning under George Marshall, 1947–1949) stated: ‘We have about 50% of the world’s wealth but only 6.3% of its population. […] Our real task in the coming period is to devise a pattern of relationships that will permit us to maintain this position of disparity.’ (Policy Planning Study 23, Foreign Relations of the United States, 1948).

As the situation in Venezuela continues to worsen, it’s hard to see how this policy has changed, even if the discourses that mask it have become more subtle and harder to penetrate.

Whatever our concerns about the authoritarianism and corruption of the Maduro regime, those of us who support democracy as an ideal and in practice should perhaps be more concerned with the ongoing and blatant hypocrisy of our own leaders in cloaking naked greed (resource extraction) under pro-democracy discourses.