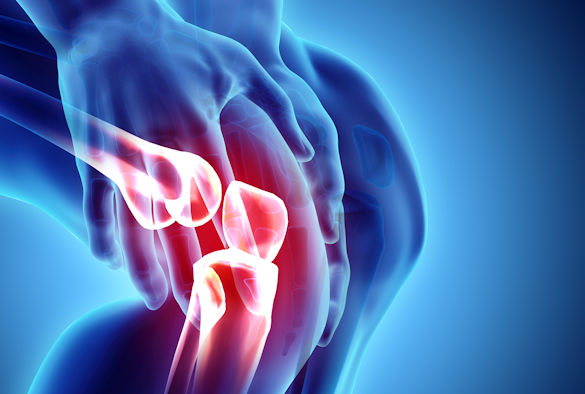 An innovative treatment for osteoarthritis being trialled at the University of Liverpool has been awarded a prestigious grant from Innovate UK, the leading government innovation agency.

Osteoarthritis (OA) is the most common type of arthritis in the UK, affecting more than eight million people, and is the leading cause of joint pain and stiffness in older people.

The University’s Clinical Trials Unit (LCTU), in partnership with AKL Research and Development Ltd (AKLRD) and the NHS, is leading a clinical trial to test a potential new drug treatment for OA, APPA*.

As part of their research and development programme, AKLRD identifies promising phytochemicals, found in natural products, which are capable of being synthesized. Trials have identified two molecules which act synergistically and have been brought together to create the ‘APPA’, a patented drug.

In a variety of pre-clinical animal testing trials, APPA clearly demonstrated significant pain relief from OA, improved functionality and the slowing of cartilage destruction. These results led to the clinical trial being launched.

Innovate UK is part of UK Research and Innovation with a remit to drive the science and technology innovations that will grow the UK economy. It has recognised APPA’s potential as a game-changing OA treatment despite it only being at the Phase 1 trial stage, awarding AKLRD £675,000. This will contribute to the development of APPA in its Phase 2 trial, which is expected to commence later this year, based on anticipated favourable results in the Phase 1 trial.

The trial, which is a partnership between the University of Liverpool, the pharmaceutical Industry and the NHS, is being led by rheumatologist Professor Robert Moots from the University’s Institute of Ageing and Chronic Disease and is occurring in the Phase I unit at the Royal Liverpool University Hospital.

Professor Moots, said: “Millions of osteoarthritis patients are suffering every day with severe pain because the current prescription drugs available are often not effective or cannot be used long-term.

“APPA has the potential to be an effective treatment for OA that could not only tackle the pain it causes but do so with excellent tolerability and also, we hope, stop the disease from causing further joint damage. It’s incredibly exciting that Innovate UK has clearly recognised the potential of this new drug which could transform the lives of OA patients.”

David Miles, Chief Executive Officer of AKLRD, said: “For APPA to be recognised as a disruptive innovation is incredibly exciting. The award from Innovate UK will allow us to secure the future development of what we believe could be an important medicine for OA patients who currently have limited treatment options. We believe APPA not only tackles pain but will also put the brakes on the inflammatory cascade that we know is responsible for the devastating consequences of OA.”

Chris Sawyer, Innovation Lead, at Innovate UK said: “This is an exciting area of research in a disease with high incidence and major debilitation in many sufferers. Supporting AKLRD to pursue the development of this important medicine is aligned perfectly with Innovate UK’s objective to support UK business growth in the health and life sciences sector.

“AKLRD underwent a highly competitive process to be awarded the grant, with five independent expert assessors evaluating its submission. The assessors praised the “strong” and “exciting proposal with large potential” and described AKLRD’s work as an “exciting area of research in a disease with high incidence and major debilitation in many sufferers”.

Innovate UK is part of UK Research and Innovation with a remit to drive the science and technology innovations that will grow the UK economy. Since 2007 Innovate UK has committed more than £1.8 billion to innovation, helping 8,000 organisations with projects estimated to add more than £16 billion to the UK economy and nearly 70,000 jobs. Innovate UK competitions provide grants between £25,000 and £10 million and are renowned for being ultra-competitive, only awarding them to innovations it believes are clearly game-changing and disruptive.

*Please note: APPA is an investigational medicine and not yet approved for use.

The University is involved in various research initiatives funded through Innovate UK as part of the Industrial Strategy Challenge Fund delivered by UKRI.

This trial is just one of the pieces of research being conducted as part of our ‘Starting well, living well, ageing well’ research theme. One of the aims of this theme is to help reduce the increasing burden of adult chronic disease and to ensure ageing and resilience.