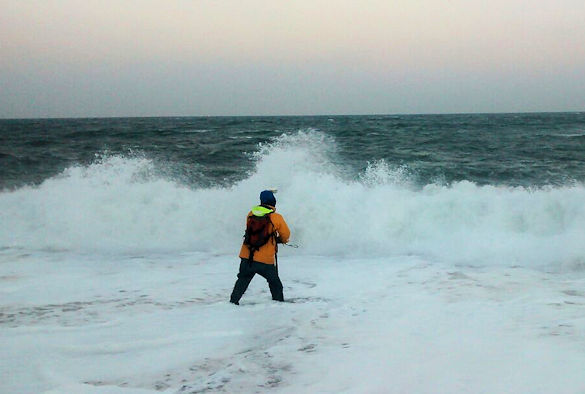 Oliver Billson is a 3rd year PhD student with the University’s Department of Geography & Planning supported by the Low Carbon Eco Innovatory project.  He is collaborating with the University of Plymouth’s Coastal Processes Research Group (CPRG) to research the impact of storm waves:

Infragravity waves are known to play a key role in the erosion and flooding of exposed sandy coastlines during storms. Their importance has previously been considered over a limited range of environments, with the overwhelming majority of research to date being carried out on low sloping, sandy beaches.

It is hoped that the improved understanding of storm processes gained during my research will directly benefit coastal communities, by supporting coastal practitioners, such as my industry partner Coastal Engineering UK, to make more accurate prediction of, and protection against, extreme wave events.

What are infragravity waves?

Ocean waves are sometimes described in science as gravity waves, as the force helping to generate them is gravity. Successive waves approaching the shore are separated by a relatively short period of 3 – 20 seconds meaning they have a high frequency of 0.33 – 0.05 Hertz. As they travel through the ocean, gravity waves organise themselves into groups of waves similar in size resulting in ‘sets’ of a few larger waves separated by sets of smaller ones.

As the gravity waves break, the shoreline moves in and out every few seconds, covering a similar distance with each wave that breaks. Every few minutes a surge (or infragravity wave) approaches, covering a much wider section of beach and filling the wellies of innocent bystanders. 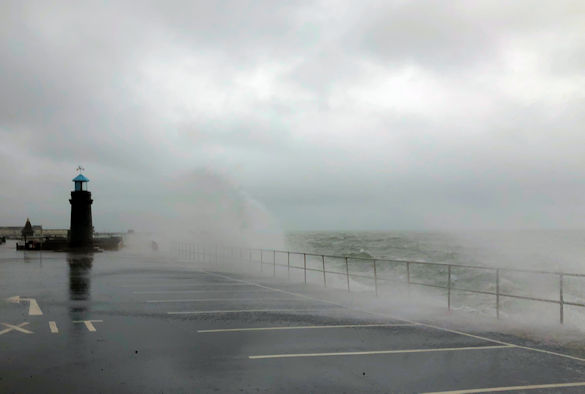 Why are they important?

This means that during storms, infragravity waves are capable of over topping coastal defences and eroding huge amounts of sediment from beaches. However, given the high energy nature of storm waves collecting measurements under the conditions in which we suspect infragravity waves are most important is difficult, with the risk to equipment and researchers limiting much previous research to smaller waves.

Furthermore, in comparison to sandy beaches, collecting measurements on gravel sites is made more difficult by waves at these sites typically breaking violently and close to shore, mobilising larger grains more than capable of damaging instruments.

For these reasons, the environmental parameter space over which infragravity waves have been observed has been limited, until now.

How to do we measure them?

To overcome the difficulties in measuring storm waves highlighted above, a collaboration was established between the Universities of Liverpool and Plymouth funded by the Low Carbon Eco Innovatory, a European fund which aims to reduce carbon impact by partnering PhD students with local businesses.

My project will work with Coastal Engineering UK, a coastal consultant based in the north west of England, to try and reduce the carbon impact of coastal defences. Since 2016, I have been working with experts from University of Plymouth and Coastal Applied Marine Research (a Plymouth based marine consultancy) to carry out 4 storms surveys at contrasting beaches in the south of the UK. The University of Plymouth is home to the Rapid Coastal Response Unit, (RCRU), a team of scientists with over 20 years’ experience collecting measurements during storms. 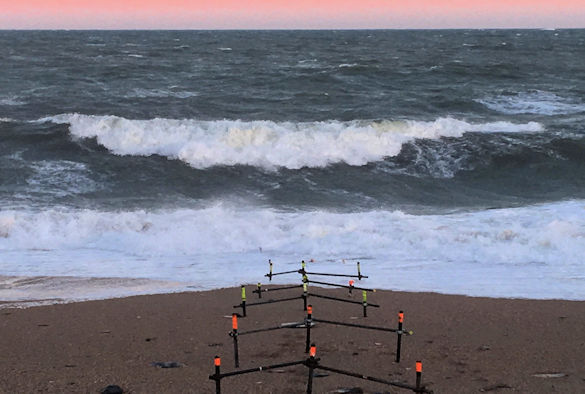 Once a storm is forecast, myself and RCRU head to the coast, installing pressure sensors and video cameras to monitor the waves and beach during the approach, peak and decay of the storm. In March 2018, our efforts culminated in the successful observation of ‘Storm Emma’ on a steep gravel beach.

A period of exceptionally strong easterly winds brought waves of over 6 meter, the largest for at least 60 years, to Start Bay, South Devon, causing widespread damage and closing the main road known as the Slapton Line for over 9 months. During this deployment, infragravity waves were for the first time observed to be dominant on a steep gravel beach.

I am excited to be presenting this finding at the forthcoming International conference on ‘Coastal Sediment’ in Tampa, Florida in May 2019 and was fortunate enough to be awarded partial funding by the Plymouth Marine Science and Education Foundation (PlymSEF) in support of the trip.

I have thoroughly enjoyed my research journey so far, and hope to use the practical skills and knowledge I have gained to date to pursue a career in coastal research or consultancy. 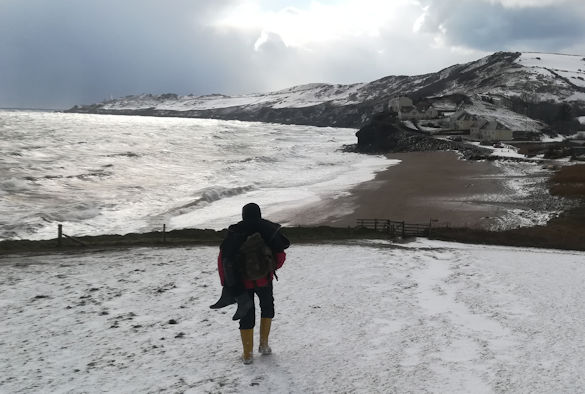