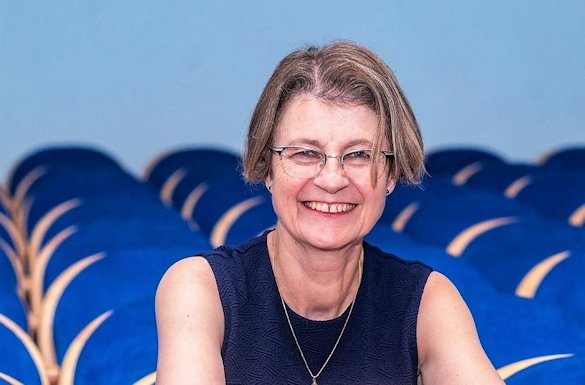 Professor Dinah Birch, Pro-Vice-Chancellor for Cultural Engagement at the University of Liverpool.

RISE is a season of art works, events, exhibitions and happenings hosted by Culture Liverpool that tell the stories of women in all their power through a cultural lens. The University of Liverpool is a supporter of the campaign, featuring women from Liverpool, the UK and the rest of the world, with an aim to educate, inspire and empower. The programme launches on International Women’s Day (Friday, 8 March 2019) and will take place across the city throughout the year.

Featuring exceptional women from the worlds of music, literature, art, photography, politics, media and even outer space, the season will not only celebrate and showcase extraordinary female talent but also share knowledge and advice with future generations. Putting Liverpool at the heart of the conversation, RISE aims to create a forum to address, debate, discuss and promote all things women, from the arts and all industries around the world.

As part of the RISE campaign, the University of Liverpool’s Pro-Vice-Chancellor for Cultural Engagement, Professor Dinah Birch, shares her experience:

“Serving as Pro-Vice-Chancellor for Cultural Engagement and Professor of English Literature at the University of Liverpool is a huge privilege.  I joined the university in 2003, and during my time in Liverpool I have found countless reasons to see the city as both a place of opportunity and growth, and a warm and friendly home.  It has also been a place where I have benefited from much encouragement and support in developing my career, and in finding ways to help colleagues and students to realise their own ambitions.

Liverpool has always had the reputation of being something of a matriarchal society.  Perhaps that has something to do with our traditions as a port city.  Throughout Liverpool’s maritime history, it was the men would go to sea, while the women who stayed behind took charge.  The result was a city with strong family values, where people would look out for each other, in good times and in bad.

Universities are not families, but they do share that sense of mutual responsibility.  The work of academic leadership – in teaching, research, or in building local, national or international partnerships – is not different for men and women.  All leaders must take on the range of duties that go with defining the university’s strategies and policies, and ensuring that they are efficiently implemented. But in Liverpool, there is a deeply embedded belief that women are abundantly qualified to make a success of such work, without the need for any kind of strenuous self-justification.

The women who made their mark in Liverpool’s history did so in the unshakable belief that they could make a difference.  It did not occur to Kitty Wilkinson, the Irish migrant who established the first public washhouses and baths in the poor districts of Liverpool in the 1840s, that she was not entitled to change the lives of her fellow citizens.  The memory of her achievements is now honoured with a fine statue in St George’s Hall.  No-one was going to prevent Josephine Butler from working towards better education and political rights for women in the Liverpool of the 1860s.  Eleanor Rathbone, an equally unstoppable campaigner for women’s welfare, is remembered as an influential figure in the history of the University of Liverpool, and helped to found the School of Social Science in 1905.

These women, and others like them, are a lasting inspiration.  Their example has prompted me to do my best to make a real contribution in my role.  But other women – my colleagues and companions in Liverpool – have made sure that I don’t take myself too seriously.  Liverpool is a city with many challenges, but it is also a place that knows how to enjoy life.  That’s another important aspect of what I’ve learned from my years in Liverpool – that working together will help us to reach our goals, and the pleasures of friendship will remind us of why those goals are worthwhile.”

The University of Liverpool has host of events taking place as part of International Women’s Day. For more information, please visit: https://news.liverpool.ac.uk/2019/03/05/international-womens-day-2019/