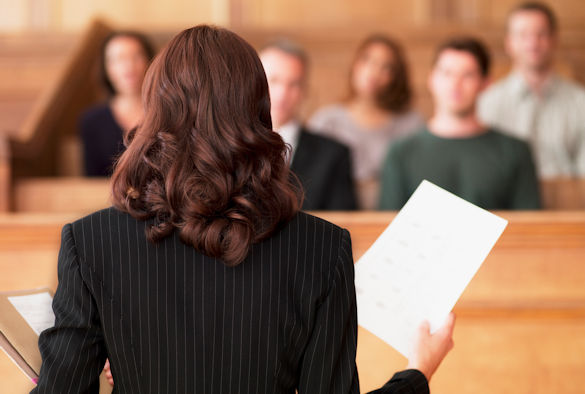 During trials, jurors need to encode the evidence, legal arguments, and judicial instructions presented to them, store these in memory throughout the trial, and recall them during deliberation to reach a fair verdict. Jurors’ recall of trial evidence, however, has been found to be incomplete and inaccurate. These memory failures can influence verdicts, such that jurors who forget incriminating evidence are less likely to find a defendant guilty than those who remember it.

Note taking during trials has been shown to be an effective memory aid, with jurors recalling a similar amount of trial information irrespective of whether they can or cannot access their notes during a memory test. However, little is known about whether individual differences in note taking underpin this effect.

Individual differences in handwriting speed, working memory, and attention may influence juror’s note taking. This, in turn, may influence their recall. It may also be the case that if jurors note down and recall more incriminating than non-incriminating evidence (or vice versa), then this may predict their verdict.

Jury eligible participants had their handwriting speed, short-term memory, working memory, and attention assessed. They then watched a video of a real murder trial (some took notes), reached a verdict, and recalled as much trial information as possible.

The researchers found that jurors with faster handwriting speed, higher short-term memory capacity and better sustained attention capacity remembered a greater amount of critical trial evidence which was achieved by writing down a greater amount of critical trial evidence during the trial. They also remembered the information better from all these personal factors even when they didn’t have access to their notes during recall.

Of the study Joanna Lorek, said: “Our findings identify individual differences that are key predictors of the positive relationship between note taking and recall. This is particularly important given that the type of evidence jurors recollect from trials is likely to affect their verdicts.”

“In summary, our results suggest that the act of note taking plays a central role in enhancing jurors’ recall of trial information and this in turn influences the verdict they reach. Therefore, all jurors should be permitted to take notes during trials.”

The full paper, entitled ‘The impact of individual differences on jurors’ note taking during trials and recall of trial evidence, and the association between the type of evidence recalled and verdicts’, can be found here.