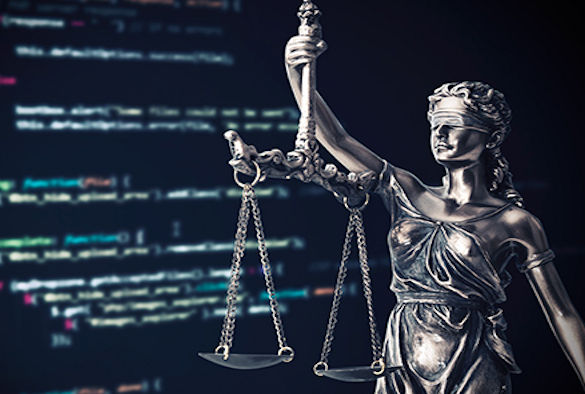 Professor Katie Atkinson, Interim Dean of the School of Electrical Engineering, Electronics and Computer Science, is part of a new ten-strong panel set up to ensure the Judiciary of England and Wales is fully informed about developments in artificial intelligence.

Lord Burnett of Maldon, the current Lord Chief Justice, announced the creation of the advisory group to offer guidance to senior Judiciary on: the likely impact of developments in AI on the Judiciary and the court system; ways of ensuring that judges are sufficiently trained on AI and its impact; and the most pressing legal, ethical, policy, cultural and economic effects of AI.

Lord Burnett said: “It is vital that a modern judiciary gives systematic thought to the long term. AI is clearly one of the most important technologies of our day. So far, however, here and around the world, insufficient attention has been paid by judges to its impact on the work of the courts. Our new group should remedy this gap. I am grateful to them for bringing their considerable combined knowledge to the task.”

An internationally recognised expert in the field of artificial intelligence, and specifically AI applied to law, Professor Atkinson said: “I am honoured to be asked to join this advisory group. Artificial intelligence has the ability to transform the way we do a variety of work and the legal sector is no exception. It is therefore important that the sector fully understands the opportunities and challenges it presents.”

Professor Richard Susskind, President of the Society for Computers & Law, will chair the body which also consists of senior judges (including Lord Neuberger, past President of the UK Supreme Court, and Lady Justice Sharp, Vice-President of the Queen’s Bench Division), as well as leading sector academic and policy experts.