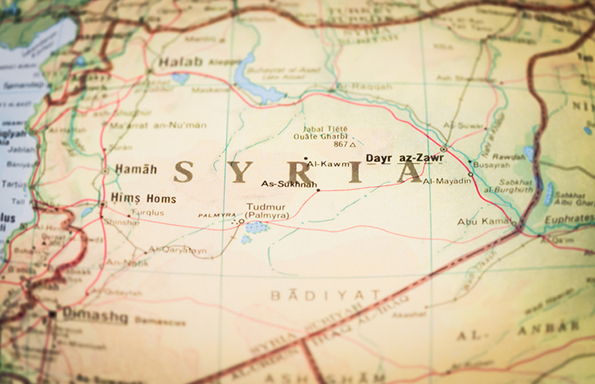 The media spotlight is, once again, on Shamima Begum as she makes a renewed plea to return to the UK. Her return to the spotlight comes in the aftermath of the death of her newborn baby, Jarrah. The media discourse around Shamima Begum has side-lined and distorted any informed discussion of the UK’s responsibility for her repatriation and UK accountability in relation to her, now deceased, baby.

The death of baby Jarrah was, it could be argued, an inevitable consequence of the British authorities’ failure to give effect to his rights.  Insofar as he was born before his mother’s British citizenship was revoked, Jarrah was a British citizen by descent as well as a European Union citizen. He had a right of entry and residence in the UK. Under our immigration rules and under current EU law, he was entitled to be joined and cared for by his primary carer, even if that primary carer is not deemed to be entitled to be in the UK in her own right (Case C-34/09 Zambrano v Office national de l’emploi, (ONEm) [2011] ECR I-01177 8 March). EU law also tells us that the family relationship does not necessarily need to have been established within the territory of the UK, or indeed within the EU, to rely on it for subsequent residence within an EU country (Case C-127/08 Metock & Ors [2008] ECR I-06241).

We can assume that the UK had jurisdiction to intervene to protect the baby, particularly given that there is no functioning civil system in Syria to offer protection (Re A (Jurisdiction: Return of Child) [2013] UKSC). The UK also had a legal obligation to take all the steps it could reasonably have been expected to take to prevent a harm to the baby of which it was aware (Osman v UK [1998] ECRR 101; Z and Others v UK [2001] ECHR 329). Removal from the dire conditions of a Syrian refugee camp was the most obvious and immediate action required. It was incontrovertibly in Jarrah’s welfare, which must be a primary consideration in all immigration decisions (section 55 of the Borders, Citizenship and Immigration Act 2009), and a paramount consideration in matters of child protection (s.1(3) Children Act 1989). 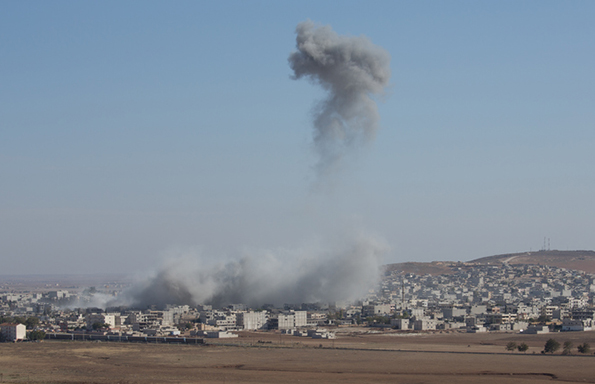 So, if the law is established on this point, why did the UK authorities not act more swiftly to secure the safe return of Jarrah with his mother? A key obstacle to returning Jarrah lay in disentangling his rights and interests from the complex and contested circumstances surrounding his mother’s status. The suggestion that the mother should be allowed to piggy back on the baby’s return as his primary carer appeared unconscionable to many. But the alternative of removing Jarrah from his mother’s care was not straight forward either, nor was it desirable or legal.

Under normal circumstances, if a baby is to be removed from the care of his mother, it has to be shown that he is at risk of suffering significant harm (s.31(2) Children Act 1989). Notwithstanding the fact that Shamima Begum had travelled to Syria to join ISIS, there was nothing to suggest that she posed such a risk to her baby. Indeed, an alternative narrative tells us that Jarrah was probably breastfeeding and forming important neonatal attachments with his mother; and that, far from posing a terrorist threat, Shamima is herself a victim of sophisticated grooming and exploitation.  In light of this, our legal obligations to protect and promote the welfare of Jarrah demanded an immediate, safe passage to the UK in the care of his mother pending not just a full assessment of his own welfare needs, but a transparent and evidentially-robust assessment of his mother’s culpability.

Such arguments will not help Shamima Begum now as she deals with the death of her son, Jarrah. But some lessons may be learned as to how we might respond to other children marooned in similar circumstances who continue to bear the full brunt of criminal, immigration and populist sanctions imposed on their parents.  Such lessons are only possible if we start to take to task the discriminatory political and legal mechanisms that are now being employed, and which are endorsed by a media, versed in Islamophobia.

Shamima Begum has now gained a damaging notoriety in the UK media. On top of her treatment at the hands of the UK government, this notoriety and the particularly dehumanising and misogynistic manner  in which she is discussed (“ISIS wife”, “Jihadi bride”, we won’t go on…) have converted her in to a social pariah. The media attention on Begum has been fairly unusual in the light of the numbers. But her treatment by this government is not. 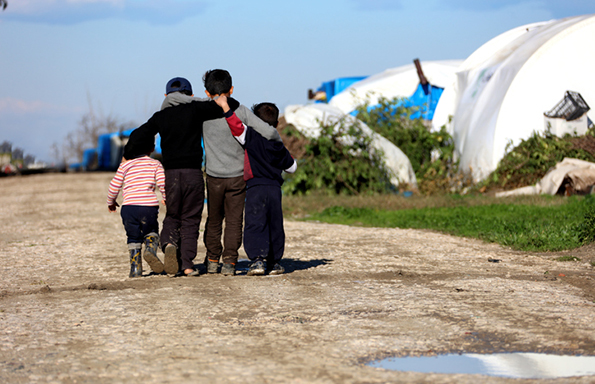 She is one of over 150 people who have been cast out by a government committed to a policy of differential treatment and punishment of the most extreme nature. She is part of a ‘new normal’ – of citizenship stripping. This new normal was inevitable for a number of reasons. It is the inevitable end point – insofar as citizenship stripping can be conceived as an end point or social death for the victim – of a discriminatory counter terrorist constitution that has been established at pace and in great volume, since the Terrorism Act was enacted by Blair’s Labour government in 2000. This new normal goes back further than 2000, however; it is the continuation of colonial policies and practices, where the “terrorist”, the “barbarian”, the “native”, the “savage”, the “deserving”, or the “colonised” is primed for differential treatment. John Reynolds puts it perfectly:

Shamima Begum’s move to align herself, whether by ‘choice’ or through coercion, to Daesh/IS is politically and morally condemnable. It may be legally condemnable, if she has committed offences in national law. But it is in this legal condemnation that this historical constellation becomes most vivid.

Shamima Begum’s case is another act in the performance of a racialised counter terrorist emergency regime. The justification for deprivation of citizenship, in this and other cases, is legislated as deprivation “conducive to the public good” as the person has “conducted him or herself in a manner which is seriously prejudicial to the vital interests of the United Kingdom”. The Home Office has always represented Savid Javid’s decision to revoke her citizenship as in the interests of ‘safety and security’. She may be a security risk, and, in this respect, in terms of her monitoring and possible legal action once back in the UK, there would of course be economic consequences and a political cost. This is the case across several social sectors where monitoring and surveillance are required. 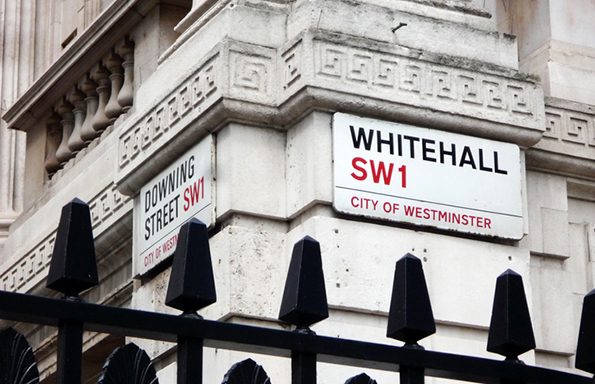 However, there are at least two incredibly compelling reasons to wholly doubt the security justification. First, if she is a security risk at all, she is as much so outside of the country as she is in the UK. In A v Secretary of State for the Home Department, concerning the indefinite detention of 9 foreign nationals at Belmarsh prison, the House of Lords recognised the deceit of a security justification for a measure which distinguished, discriminatorily, between nationals and non-nationals. The measure, which provided for extended powers of arrest and detention, essentially allowed non-nationals who could safely leave the country the choice to do so whilst non-nationals who were unable to leave, due to the risk of torture if deported, were subjected to indefinite detention. Lord Bingham said:

“allowing a suspected international terrorist to leave our shores and depart to another country, perhaps a country as close as France, there to pursue his criminal designs, is hard to reconcile with a belief in his capacity to inflict serious injury to the people and interests of this country.”

A similar discriminatory underpinning exists in the case of citizenship deprivation – between ‘suspected’ dual nationals and nationals; though, arguably, the politics at work are even more grievous. Nationals, who have no claims on citizenship elsewhere, but who pose a security risk, are not subject to this ‘measure’ (and, it should go without saying, should not be). This then is a security ‘solution’ – applied to a national – to an anti-immigration populist problem.

The art of security

Security, then, is the justification. Security is the tactic by which the government earns our support for its policies. Because we all want to feel, and be, secure and because national security seems to be an objectively good goal. But security is a duplicitous concept – a “slippery concept”, as Lucia Zedner has put it. Security is always beyond reach: there is no such thing as absolute security.

More importantly, there is an intrinsic othering also at work in the notion of security, and in the Home Office’s gesture towards national security. Our security is pitted against their liberty. Their security – Shamima Begum’s security, or the security of her child – falls outside the frame of perception. Moreover, our security from the state – a state with the power to withdraw citizenship in this way – is not even part of the discussion. So security is the mechanism by which we can convince ourselves that Shamima Begum deserves her treatment because the state has convinced us that ‘she’ is the problem. This approach shields us from the realisation that she is in fact being punished for joining IS and for her heritage.

Our security – their emergency

We would wish to explain the Home Secretary’s attempt to strip Shamima Begum of her citizenship as a move to protect security. It is not. It is another move in a highly racialised game of emergency, that has been in play, in this iteration, since 2000. In the UK today, narratives of Britishness, British values, the tradition of liberty, the rule of law and national security prevail for the many, for “us”. The assertion of normality stands in stark contrast to the executive and emergency powers that the government has mobilised and which are applied to “them”. Over the past 20 years, extensive powers to strip citizenship, to stop and search, to detain at ports and borders, to detain, without charge, amongst many others, have been wielded against a “suspect community”. Counter-terrorism legislation and powers allow for executive decision making and de facto emergency powers in numerous areas. The effect is to confer different status on different people depending on how they look or how committed they are to the notion of British values. So, as the headlines would have it, ‘Jihadi babies’ and ‘ISIS brides’, with their lack of commitment to British values, deserve what comes.