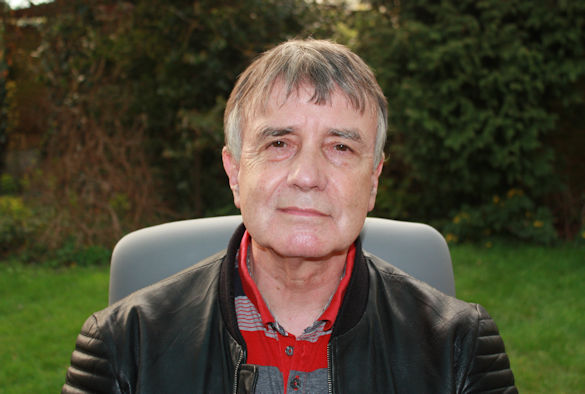 Professor  Peter Butler, from the University’s Department of Physics, has been elected by the Royal Society to join the ranks of the UK’s most eminent scientists as part of the 2019 election of 50 new fellows.

Founded in November 1660 by King Charles II, the Royal Society is the world’s most prestigious and oldest continuously running scientific academy.

Professor Butler has been elected a Royal Society Fellow for his “outstanding contribution to our understanding of nuclear structure, and for being a key figure in defining the future directions of nuclear physics worldwide”.

Now permitted to use the letters FRS after his name, Professor Butler, said: “It is a humbling experience to be elected and I am thrilled to have had this honour bestowed.

“The Fellowship recognises a personal lifetime achievement, but this has only been made possible by the support over the years from the Department of Physics and the University, by the assistance of top-class technical and engineering staff, and the good fortune of working with a number of gifted students and world-leading researchers who are my colleagues and friends.”

Venki Ramakrishnan, President of the Royal Society, said: “Over the course of the Royal Society’s vast history, it is our Fellowship that has remained a constant thread and the substance from which our purpose has been realised: to use science for the benefit of humanity.

“This year’s newly elected Fellows and Foreign Members of the Royal Society embody this, being drawn from diverse fields of enquiry—epidemiology, geometry, climatology—at once disparate, but also aligned in their pursuit and contributions of knowledge about the world in which we live, and it is with great honour that I welcome them as Fellows of the Royal Society.”

Professor Butler is an internationally recognised researcher in the field of experimental nuclear physics, in particular nuclear shapes and the structure of heavy nuclei.

In 2013, Professor Butler made a significant breakthrough in our understanding of nuclear structure and the underlying fundamental interactions. Using the REX-ISOLDE and MINIBALL facilities at CERN, he led an international team that found the first direct evidence of pear shaped nuclei in exotic atoms.

He joined the University in 1978 and was awarded a Personal Chair in the Department of Physics in 1999.  He headed up the University’s Nuclear Physics group from 2000 – 2013 and is currently a Senior Research Fellow.  In 2012, he was awarded the Rutherford Medal and Prize from the Institute of Physics. 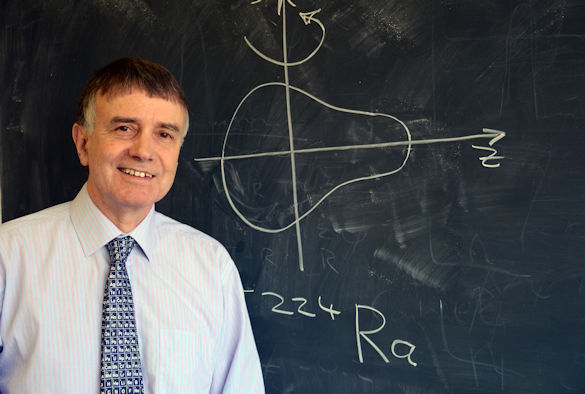