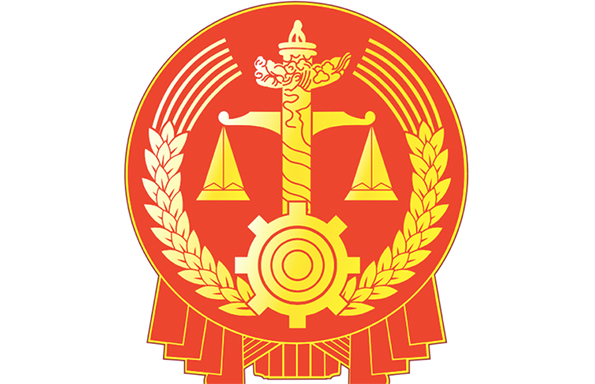 Luxury carmaker Jaguar Land Rover’s recent victory in a Chinese court was quite a turn up for the books. It defeated a Chinese rival in a case about intellectual property theft that related to the design of its Range Rover Evoque SUV. Jaguar successfully argued that Jiangling Motors Corp’s much cheaper Landwind X7 had copied various unique features on its vehicle, including the overall shape, lines on the side panelling and tail lights.

The Beijing-based court ordered Jiangling to stop selling Landwind X7s in China and said it would have to pay compensation to Jaguar – the first time such a decision has gone in favour of a foreign carmaker. Equally encouraging, the court reached its decision in a mere three years.

This decision certainly challenges any assumptions that China is the kind of country where the rule of law exists mainly to serve the one-party state. It also supports what many attorneys and law firms in China have been telling foreign firms in the past couple of years, which is that the country is now a great place for them to enforce their intellectual property rights.

Several studies have testified to the strength of the system, with one showing that plaintiffs engaging in patent litigation win 80% of infringement cases – with foreign firms achieving higher win rates and average damages than Chinese firms. There are now specialist IP courts in Beijing, Shanghai, Guangzhou and Shenzhen, as well as numerous tribunals in other regions. According to the system’s supporters, your chances of winning a case in China are similar or even better than in Western countries such as the US.

Yet despite these positives, China still comes under heavy pressure over the strength of its enforcement system. President Donald Trump, for instance, has fired broadsides like this one from his famous Twitter account:

The Americans have been saying similar things for years, with the Obama administration critical too. In addition, over half of all European firms operating in China state that they encounter problems enforcing their IP in the country. Foreign manufacturers from Europe and elsewhere have long complained that it is harder to protect these rights in China than in other countries. So who is right?

Before foreign firms trust the IP litigation hype about China, they need to look at the big picture. A national IP system comprises more than just win rates. The length of time required to reach a ruling and the level of damages awarded are important, too. Jaguar’s experience is dramatically different to certain other foreign firms: Honda, for instance, took 12 years to win a similar case in 2016 concerning the design of its CR-V SUV. The Japanese company only received ¥16m (£1.8m), a sliver of the ¥300m it claimed it was due.

According to the US-based Global Innovation Policy Centre’s 2019 index of IP system rankings, China scores a lukewarm 21.5 out of 45 – miles behind the top-ranked US (42.7), UK (42.2) and Sweden (41.8). Having said that, there are serious problems with indices like these. Senior patent counsellors have strongly criticised their transparency, objectivity and overall validity.

Unified Patents, a US-based commercial members’ organisation that pushes for better quality patents, has highlighted serious problems with the GIPC index, including arbitrary scores, misrepresented data and no identifiable link between the scores and economic benefits.

To tackle this problem, colleagues at the University of Liverpool, Copenhagen Business School and I developed a new IP index that rates patent systems in 51 countries. Originally dating from 2010, this Index of Patent Systems Strength (PSS) considers 12 different variables around patent enforcement, calculating scores following standard OECD practices – unlike the GIPC system, which does not.

Alas, our most recent scoring does not offer much succour to China’s IP enthusiasts, scoring it in the same very weak category as Brazil, Russia, Mexico, the Philippines and Romania. China has more than doubled its scores in some categories of the index in the last few years, but the overall ranking is still very low. Besides levels of damages and case turnaround times, another major issue is that customs and police enforcement remains very ineffective in relation to IP. It suggests that foreign investors attempting to enforce patents will continue to encounter seemingly insurmountable difficulties along the way. (Highest scoring on the index is Switzerland, with Finland, New Zealand, the Netherlands and Singapore making up the top five – the US is 15th.)

The Jaguar Land Rover case is certainly a positive sign for the Chinese system, particularly for the largest multinationals. But for smaller foreign firms that don’t have comparable financial or political networking capabilities, such results could well still be out of reach. The system is clearly improving, but China still has a long way to go to offer a reliable enforcement environment across the board.