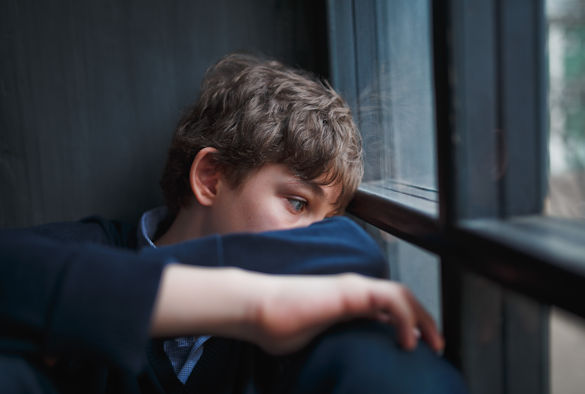 High BMI and mental ill-health go increasingly hand-in-hand to present a combined health risk for children from mid-childhood, according to the findings of a study to be presented at the European Congress on Obesity (ECO) in Glasgow this week.

Researchers from the University of Liverpool and University College London analysed data on more than 17,000 children born across the UK in 2000-01, who are taking part in the Millennium Cohort Study. They examined information on children’s height and weight at ages 3, 5, 7, 11 and 14, and parents’ reports of emotional problems, such as feelings of low mood and anxiety. The research took into account children’s gender, ethnicity, social background, and behavioural problems, as well as parents’ mental health.

The study, which has been published in JAMA Psychiatry, found that rates of obesity and emotional problems among children increased gradually throughout childhood and adolescence. Almost 8 per cent of young people were obese by age 14, and around double that number were reported to have had feelings of low mood and anxiety. By adolescence around a fifth of those who were obese also had high levels of emotional distress.

Dr Charlotte Hardman, co-author of the study, University of Liverpool, said: “Although our study does not shed light on the reasons why obesity and mental ill-health develop together during childhood, we can hypothesise that children with higher BMI may experience weight-related discrimination, which over time leads to increased depressive symptoms, as has been shown in adults.

“In light of the increasing association between these health conditions, our findings highlight the importance of early interventions that target both weight and mental health and minimise negative outcomes later in childhood.”

Dr Praveetha Patalay, co-author, University College London, said: “As both rates of obesity and emotional problems in childhood are increasing, understanding their co-occurrence is an important public health concern, as both are linked with poor health in adulthood. The next steps are to understand the implications of their co-occurrence and how to best intervene to promote good health.”

The full study, entitled ‘Comorbidity, codevelopment, and temporal associations between body mass index and internalising symptoms from early childhood to adolescence’, can be found here.