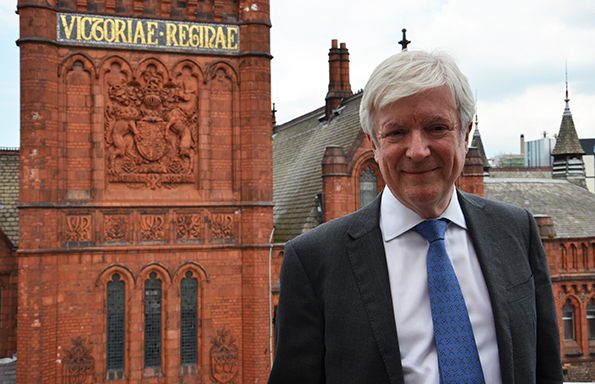 Television will continue to play a major role in cultural life as people “want shared experiences”, said BBC Director-General Lord Tony Hall CBE as he accepted an Honorary Degree from the University of Liverpool.

The Birkenhead born former Royal Opera House Chief Executive joined graduands from the University’s Faculty of Humanities and Social Sciences at Liverpool’s iconic Philharmonic Hall this week, as he was honoured with the Degree of Doctor of Laws as part of the ceremony.

Returning to the region in which he grew up, he lauded the “incredible change” in the city over his lifetime.

Lord Tony Hall said: “I was born in Birkenhead and spent a lot of my childhood in Birkenhead, when you had the ocean liners and the huge amount of shipping in Liverpool.

“You come back now and the transformed city is amazing.

“I just love getting off the train and feeling the energy and excitement, and the sense of challenge in conversation.

“There’s something about Liverpool.

“The people are immensely creative – that goes right back to the 60s – and I just knew that all that creativity and that outward looking sense of fun was going to show through.” 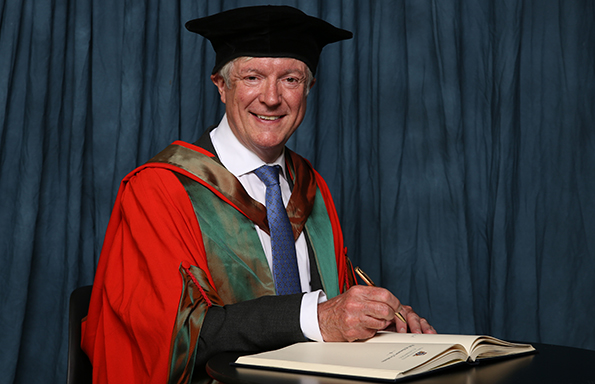 Lord Hall attended Birkenhead School and Oxford University’s Keble College, before joining the BBC as a trainee in 1973. He went on to have a hugely illustrious career at the corporation, which included the launch of BBC Parliament, Radio 5 Live, BBC News 24, and BBC News Online during his tenure as Head of Current Affairs.

He first sought the role of BBC Director-General in 1999 but instead went on take on the Chief Executive position with the Royal Opera House – and says he relished his work trying to open up the form to a wider audience.

But his passion lies in broadcasting and if he were graduating in 2019, he says he would seek the same career.

Lord Hall said: “I’d go into the media, without a shadow of a doubt.

“It excites me because it’s work in which you can do so much, and reach a global audience.”

And as television – like much of the established media, whether print or broadcast – threatens to splinter across platforms and devices, Lord Hall believes it will survive and prosper.

Pointing to cinema and vinyl, both of which are seeing a resurgence in interest and popularity long after their predicted demise, Lord Hall said television continues to “bring us together” and that people “want shared experiences”.

He said: “Just look at the Women’s World Cup, Wimbledon, the cricket – and we’ve just had millions of people watching Bodyguard – television will always have a future because of that.”

And he had this message for the University of Liverpool students graduating this week: “After celebrating do something fun, something that you’re passionate about and that can make a difference.

“We spend a lot of time at work so you want to do what you enjoy with people you like and respect.”