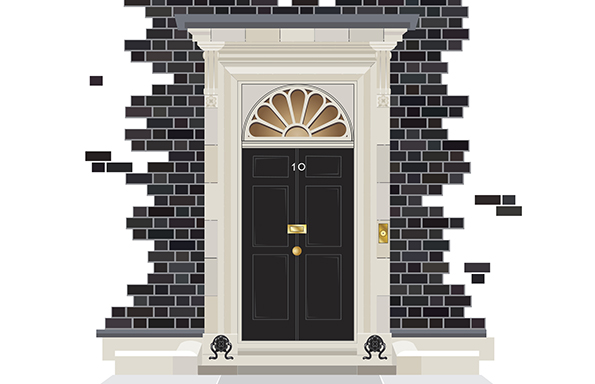 Evan Esar quipped in his Comic Dictionary that statistics is ‘the only science that enables different experts using the same figures to draw different conclusions’. This definitely applies to the notorious Brexit divorce bill figure of £39bn. Brexiteers believe that they can avoid paying the bill and extract a ‘better’ deal from our EU partners. Others interpret the above figure quite differently: it is a financial commitment that the UK has to fulfil.

Boris Johnson started his premiership with reference to this divorce bill. It is quite astonishing that his first speech as Prime Minister hinted that the UK stands ready to ignore its financial commitments in the case of no-deal Brexit. How reassuring can it be in the country’s ongoing efforts to sign trade agreements with the rest of the world when the Prime Minister declares he is ready to ignore existing international financial commitments? The £39bn bill nonetheless accounts for approximately 0.27% of the EU annual GDP (based on 2018 data) – it is not as big as Mr Johnson makes it seem. Assuming a 31 October 2019 exit date, the bill will have gone down (based on the latest estimates by the Office for Budgetary Responsibility) to £32.8bn.

Mr Johnson’s choice of cabinet ministers attracted, to a great extent, negative comments from the press. For instance, The Guardian noted that the new Cabinet is made up of ‘Vote Leave veterans and right-wing free marketers’. A definite worry about this combination is that many Cabinet ministers do not see no-deal Brexit as a problem for the economy and the country as a whole. Sure, the UK economy will eventuallyabsorb the negative shock; that said, two important questions need immediate answers. First, why would the UK want to inflict on itself huge (short to medium term) economic pain when it can definitely avoid it by either agreeing to a version of Theresa May’s deal or by negotiating a further short-term extension which would then lead to another (but again not that different) Brexit deal?

Second, what is the exact size of the economic pain in case of a no-deal Brexit? The latest Bank of England Financial Stability Report points out that the 2018 stress test of the UK banking sector was sufficiently severe to deal with a disorderly Brexit. The assumptions of the test involved, among others, a 4.7% fall in gross domestic product, a 27% drop in the sterling effective exchange rate and a rise in the bank rate to 4% (presumably to defend our currency and stave off inflationary pressures). Nevertheless, recent comments by Bank of England policymakers, including Gertjan Vlieghe, suggest the very possibility of a near-zero interest rate in case of a no-deal Brexit.

Consequently, it makes sense for the Bank of England to assess the implications for our economy of a bank rate cut to zero rather than a rise to 4%. Would, for instance, the banking sector be able to absorb a potentially huge drop in bank deposits as customers will be looking for alternative returns outside a sinking (at least in the short term) UK economy? This question needs to be answered before Mr Johnson presses the no-deal Brexit ‘button’.