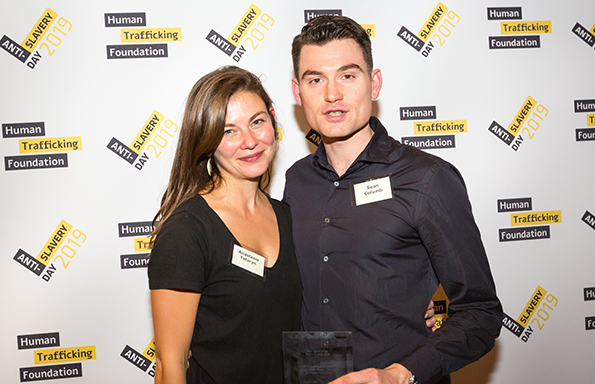 University of Liverpool Law School academic, Dr Seán Columb won a national Anti-Slavery Day Media Award for a Guardian article he researched and wrote about the organ trade in Egypt.

The law Lecturer was named the winner in the Best Investigative Article Dealing with Modern Slavery or Human Trafficking category by the Human Trafficking Foundation for his piece, Organ trafficking in Egypt: “They locked me in and took my kidney” which appeared in the Guardian in February.

Dr Columb said: “I’m happy that the article was able to draw attention to an issue that has been under-reported.

“The organ trade is a consequence of social inequalities within and between countries. It’s important that policymakers recognise the social and economic arrangements that compel people to sell a kidney or other parts of their bodies.”

In his article, Dr Columb tells the story of a 19-year-old Eritrean in Cairo, who was encouraged to sell his kidney in return for $5,000 – cash he hoped would help fund migration to Europe.

He was operated on but when he tried to contact the person who was supposed to be paying him and arranging travel, he found the number had been terminated.

The academic also reveals the tale of a mother-of-two from Sudan, who was forced to have her kidney removed and now lives in fear for her and her children’s lives.

Readers also hear the candid account of an individual actively targeting migrants in the Egyptian capital. This man tells Dr Columb: “There are some people who only care about getting the money. They don’t care if you arrive at your destination or end up dying at sea. This is why I advise people to make the payment in advance, even if that means selling a kidney.”

Dr Columb, whose book Trading Life, which is based on his research, is out in 2020, added: “It’s the first article I’ve written for a media outlet, so I was surprised to be nominated let alone presented with an award.”