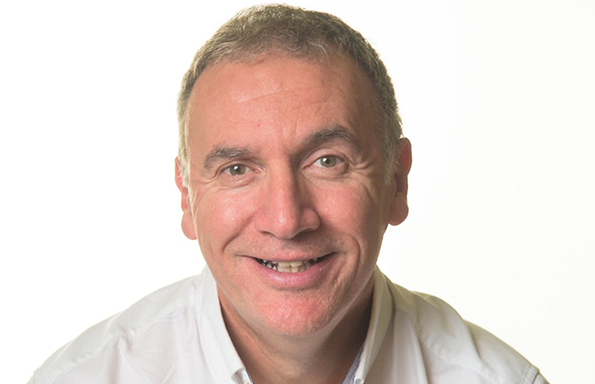 The University of Liverpool’s Kieran Maguire is up against major media brands like FourFourTwo and The Athletic after being nominated for a national Football Supporters Association (FSA) award.

The Management School sports finance specialist has built a following in excess of 30,000 on twitter, completed more than 400 broadcast and print interviews in the last year and initiated his own podcast with comedian, Kevin Day – all around how, and by whom, football is funded.

And now, in recognition of his work, Kieran has been nominated in the Online Media of the Year category for the prestigious annual FSA awards – with fans across the country voting for the winners.

Kieran said: “The other nominees have amazing interfaces and some superb writers working for them, whereas I’m a one man band with a cheeky website and a twitter account that is trying to shine a light on topics that do have an impact on clubs’ prospects and existence.

“Football fans are often taken for granted and patronised by other parties but most fans are engaged with all aspects of their club, including monetary ones.

“They therefore take an interest in what I produce, and twitter is very good as it forces me to break down content into 280 characters.”

A Brighton fan, Kieran developed his financial expertise alongside his love of the sport to follow the huge sums of money flowing in and out of football, and provide fans with insights into how their clubs are run – with no punches pulled when it comes to rogue owners.

Steve Dale, the Poundshop Ken Bates who bought Bury for £1, stopped paying wages 6 weeks later & has led club to within days of extinction, says he won’t talk to ‘opportunists’ interested in buying #BuryFC. In other news, elsewhere a pot was accused of calling a kettle black https://t.co/lk0oZ6amFy

Most recently, he has been delving into the finances at Bolton Wanderers and Bury FC – both long-established clubs at the heart of the community whose very existence is threatened by poor leadership.

Kieran said: “A football club is different to a local pizza chain, washing machine parts manufacturer or travel agent, in that fans have a huge emotional investment in them.

“You become a fan usually as a child and that bond, which is difficult to articulate to a non-fan, is with you until you die.

“Having met and spoken to fans of Bury FC this summer, I’m fully aware of the void that is in their lives following the unnecessary destruction of the club by an asset stripper and the loss of community and identify that they have consequently suffered.

“Anything that can help to monitor the decisions and activities of those in power who are custodians of these community assets helps to reduce the opportunities for abuse of that position.”

As well as established football magazine, FourFourTwo and heavily backed newcomer, The Athletic, Kieran is up against Football365.com, Fantasy Football Scout and football cartoonist, David Squires, in his category.

Football has more good people than bad associated with it. For every asset stripper there’s many others who are doing good with and for the local area. https://t.co/GbVmksSpAA

Saying he would be a “overwhelmed” by the “huge honour” of winning, and that “I just hope I don’t cry”, Kieran added: “Football has a unique place in the lives of so many and I can still recall the last thing I did as Dad and Lad with my father in 1986 is go to a football match together.

“For every miscreant associated with football there are hundreds of good people and these awards are an opportunity to recognise their positive contribution to the game.”

Voting is open until midnight on 30 November, with the awards being presented at the Tower of London on the evening of Monday 16 December. To cast your vote, please visit https://www.surveymonkey.co.uk/r/fsa-awards-2019