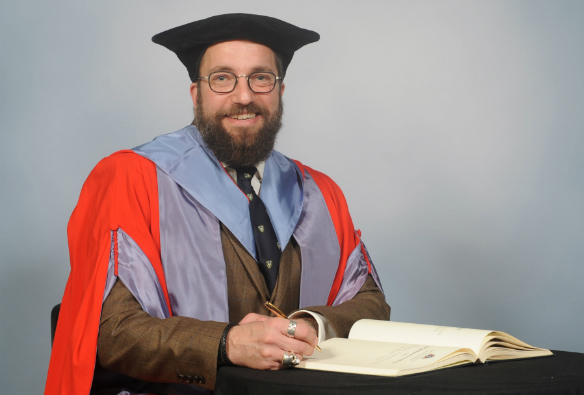 European Space Agency scientist and Liverpool alumnus, Dr Matt Taylor, who was part of the team behind the historic Rosetta mission, received an honorary degree from the University of Liverpool during this week’s winter graduation ceremonies.

The Rosetta probe was launched in 2004 carrying the Philae lander module. A decade later, and thanks to a gravity-assisted swing around Mars, it became the first spacecraft to successfully land on a comet’s nucleus.

Matt graduated from Liverpool with an MPhys in Physics in 1997 before going on to complete a PhD in Space Plasma physics at Imperial College London. Several post-doctoral placements followed before he found himself working with groups of scientists all over Europe and the US – eventually leading to his current role. 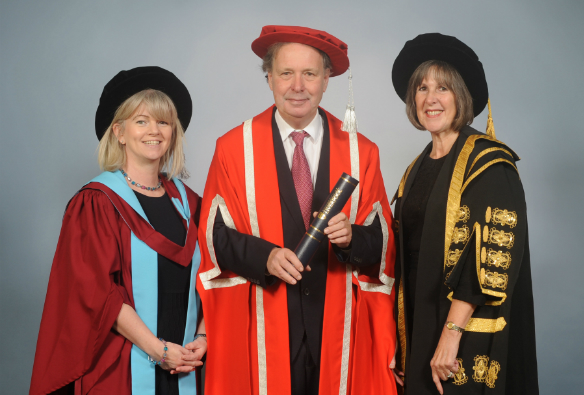 Also honoured today with an honorary fellowship was Professor Kevin Park, an alumnus who retired earlier this year after a long and outstanding pharmacology career at the University of Liverpool.

Professor Park (BSc (Hons) Chemistry 1971, PhD 1975) started his career as a Postdoctoral Researcher and went onto became a Lecturer, Head of Department, Head of School and Head of the Institute of Translational Medicine.

His legacy for pharmacological innovation and scientific excellence was instrumental in the Department of Molecular and Clinical Pharmacology being awarded the 2018 Queen’s Anniversary Prize for Further and Higher Education, the highest accolade for any academic institution.

The honours were conferred as part of two days of ceremonies at the Liverpool Philharmonic Hall, in which more than 2,500 students will graduate.