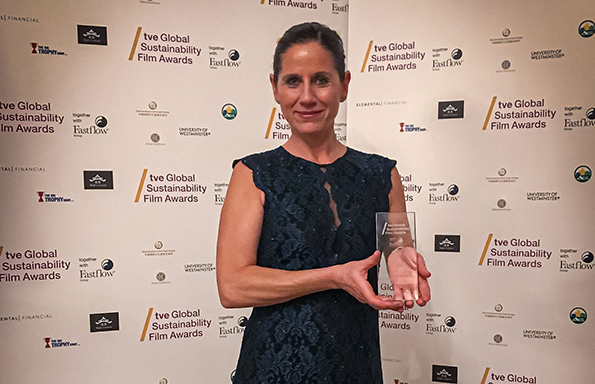 A film directed and produced by the University’s Monika Koeck followed the BBC’s Blue Planet to scoop a 2019 TVE Global Sustainability Film Award.

The film, A Low Carbon Future for China’s Furnace Cities, was commissioned by the team behind a Cambridge University project seeking to address changing thermal comfort expectations – and particularly the mass self-installation of air conditioning units – in some of China’s most extreme climate regions.

Monika Koeck wrote the script and shot the film with two Chinese crews on location in the cities of Chongqing and Hangzhou, before using 3D CGI and 2D animations to illustrate complex research data in an accessible way.

The EPSRC and NSFC funded research project is exploring ways to develop a low-carbon retrofit adaptation scheme for an enormous existing building stock (more than 9 billion m²), without the need to generate additional carbon dioxide through the construction of new buildings.

The film was selected in the AI and Digital Innovation category of the TVE Global Sustainability Film Award, which was launched 8 years ago at BAFTA to highlight films addressing environmental and social change. 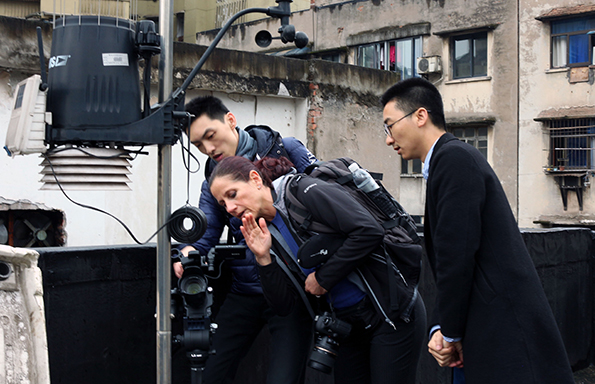 The final episode of David Attenborough’s Blue Planet II picked up the TVE award for Environmental Storytelling in 2018.

CineTecture, which was founded in 2007 by the School of Architecture’s Monika and Richard Koeck, specialises in film and media productions focusing on research, impact, and public engagement in relation to art, architecture and cities. It was also recognised in the 2013 TVE Awards.

The research team behind the project featured in CineTecture’s film was led by Professor C. A. Short (Cambridge University) working alongside a large team of experts across a broad range of fields such as modelling and computational fluid dynamics, and including, among others, Professor Runming Yao (University of Reading), Dr Laetitia Mottet (Imperial College London), Dr Jiyun Song (University of Cambridge) and partners in China, Professor Baizhan Li (Chongqing University), Prof Jian Ge and Dr Jindong Wu (Zhejiang University).