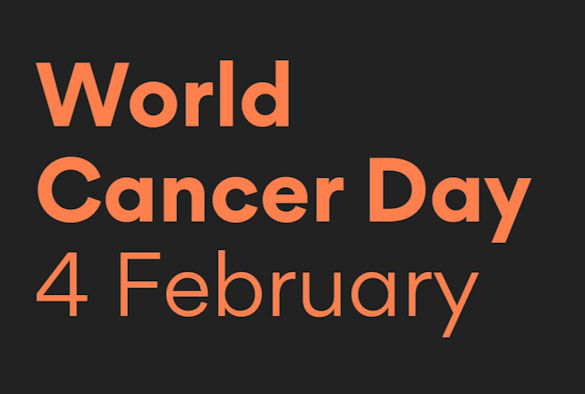 Today is World Cancer Day (WCD), which takes place every year on 4 February.

Founded in 2005, WCD is one singular initiative allowing cancer charities, researchers, health care workers, businesses and governments to unite in the fight against the global cancer epidemic.

Since last year’s WCD we’ve published a number of news stories highlighting the developments in cancer-related research here at the University.

From leading the national lung cancer scanning rollout, a University lecturer being named as UK’s new Surgical Specialty Lead in advanced colorectal cancer, using a new drug to shrink brain tumours, we round up some of our cancer related news stories from the past 12 months.

Researchers from the University were awarded £100k from the eye research charity ‘Fight for Sight’ to identify new treatments that could improve survival rates for an eye cancer called uveal melanoma.

In April, the North West Cancer Research Centre (NWCRC), based at the University, celebrated its 5th birthday by hosting a special scientific symposium that highlighted the research being conducted at the Centre and by its collaborators.

The Royal College of Pathologists (RCPath) presented Professor Sarah Coupland with an award in recognition of her significant contribution to ocular pathology and oncology.

A new drug, known as IP1867B, could be used for future treatments of brain tumours, a study involving researchers from the University of Liverpool has found.

Led by the University, a new interdisciplinary network of scientists that aims to improve cancer diagnosis was formally launched in September at an event held at the University.

The incredible story of Henrietta Lacks at Tate Exchange

In September, a special week long public exhibition, organised by staff from the North West Cancer Research Centre at the University in collaboration with theatre company Eclipse and Liverpool-based artist Faith Bebbington, told the incredible story of Henrietta Lacks through art, science, storytelling and documentation.

A new Cancer Research UK funded study, the UK Early Detection Initiative (UK-EDI), that aims to develop a test to detect pancreatic cancer earlier was launched in Liverpool in November.

Today staff from the North West Cancer Research Centre, based at the University, will be hosting a FREE public event to bring together local scientists, researchers, health and social care professionals, patients, survivors and members of the public, to celebrate survivorship, advances made in cancer diagnosis and treatment, and of course the contribution the University makes to the global campaign to beat cancer.

The event starts with a buffet lunch at 12.45pm, followed by guest speakers from across the local cancer community including:

The opportunity to visit the University of Liverpool’s Radiotherapy Simulation Suite is also being offered.

For more information and to book your place please visit bit.ly/380cpMo