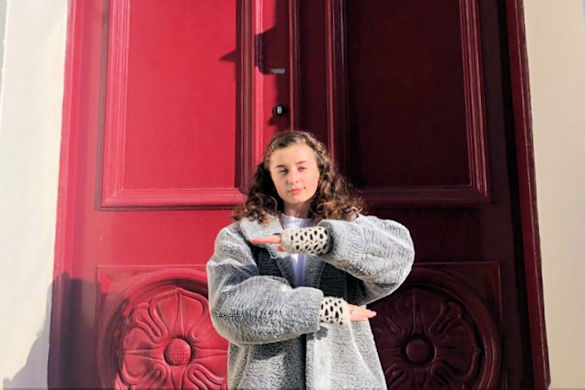 Author Ellen Common is a 4th year French and Hispanic Studies student at the University of Liverpool.

Sunday 8 March is International Women’s Day (IWD). The day is the focal point for the women’s rights movement, which strives to eliminate discrimination against women and help them to participate and gain recognition in the world of work and global development.

The history of IWD

The movement is not country or organisation specific, and puts forth the idea that problems that women face concern people of all genders. It is also important to recognise that women face discrimination and inequality in all scopes of life: the business world, politics, the arts and in sports, to name a few.

This year the theme of the campaign is #EachforEqual, drawn from the idea of collective individualism. This means that:

“Individually, we are all responsible for our own thoughts and actions – all day every day. We can actively choose to challenge stereotypes, fight bias, broaden perceptions, improve situations and celebrate women’s achievements. Collectively, each one of us can help create a gender equal world”. See: https://www.internationalwomensday.com/Theme

The last few years have seen huge changes in the problems that women face. Many are becoming less afraid to speak up, and movements like #MeToo are helping to encourage others to speak out, to spread the message, and to initiate the change that needs to happen.

Conversations and awareness about the gender pay gap, gender-based violence and workplace discrimination are taking place, amongst other issues.

Still a way to go?

However, we are still a long way from where we should be and although International Women’s Day takes place on 8 March, the campaign runs all year long. So, while it is great to participate this weekend, it is important to continue keep the campaign and the issues surrounding it in mind.

I recently completed an assignment for my course (French and Hispanic Studies). It was a translation and commentary of an extract from the book Sexe et Mensonges (Sex and Lies) by the Franco-Moroccan author Leïla Slimani. The book consists of conversations between Slimani, and various Moroccan women who recount their experiences of being a woman in Morocco. I was shocked by how normalised rape, child marriage and gender-based violence are there, and the little that society does to combat this.

Nevertheless, in recent years, Morocco has made huge improvements in terms of the law with regards to women’s rights. However, it is not only a question of legislation, but of fundamental changes in the mentality of people, and the opening of a dialogue between different groups and between generations.

I feel blessed to be surrounded by empowered women every day, but it is things like this book, and my research around it, that make me realise the huge differences that exist in different countries, and how much further we have to go to achieve equality.

Below are my top picks for IWD events taking place across Liverpool: