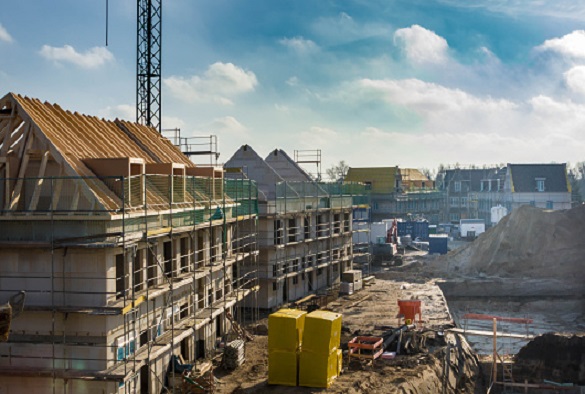 As regular as clockwork, recent weeks have seen the latest promises to reform the English planning system. The language on this occasion, as befitting the Prime Minister’s short-sighted chief advisor, Dominic Cummings, may be colourful, but the sentiment is anything but new.

Since the 1980s the planning system has faced a seemingly never-ending cycle of criticism, reform, and tinkering. Under the first Thatcher government, planning was conceived as a potential regulatory hindrance to entrepreneurial activity.

In 1979, even Michael Heseltine famously referred to “…jobs locked away in the filing trays of planning departments”. An agenda of ‘streamlining’ planning sought to speed up decision making and promoted its ‘market supportive’ role.

Local development plans were demoted in importance in favour of other ‘material considerations’ such as the need to promote economic growth. But far from speeding up the decision making process this encouraged developers to appeal against the refusal of planning permission by local planning authorities, leading to a period of “appeal-led” planning which strained the Planning Inspectorate.

The recession at the end of the 1980s dealt a blow to property-led urban regeneration, whilst growing environmental concern and international commitments, and pressure from the ‘conservative shires’ as opposed to the ‘liberal’ business interests who supported the Conservatives, meant they came to realise that some planning was needed after all.

The New Labour years (1997 – 2010) saw an apparently more positive stance towards planning, but government rhetoric that the planning system needed to change to become more efficient and an enabler of development continued.

In opposition the Conservatives continued to portray planning as bureaucratic and undemocratic and a brake on business. It was no surprise that the post-2010 Coalition, with the Conservatives as the senior partner, introduced an immediate shift in the emphasis of planning and placed ‘streamlining’ firmly back on the agenda.

Back in 2015 we responded to that year’s announcement of reform, noting it was at least the seventh in 18 years. Amazingly, the pace of change has accelerated, with legislation or consultation on more changes to how development is planned for in England in every year since then.

In almost every instance, the argument for this reform has been that there is a “housing crisis”, more homes need to be built, and it is the planning system which is stopping this happening. It is worth remembering that the same party has been in power in the UK since 2010, so there has perhaps been ample time to change the “overly bureaucratic planning process” criticised by the current Housing Secretary.

One reaction to this might be to stress the need for “first principles” reform, the implication being that previous changes were too timid – despite being described as “radical” at the time.

Our contention is that changing how the planning system operates will not address a fundamental problem facing the Conservative party – that they face an intractable conflict between two opposing forces.

As we commented back in 2015, many voters in these places do not welcome the idea of more houses being built! This conflict has bedevilled attempts by Conservative ministers to loosen restrictions on where new homes are built since at least the 1980s.

The former, as previously, seem unlikely to welcome a hearty deregulation of planning if it could affect their local living environment – especially if they really believe they have ‘taken back control’ of their affairs in recent years!

The second camp, unsurprisingly, can be expected to embrace deregulation of planning if it is viewed – as it is apparently by Mr Cummings, as a brake on economic recovery; especially in the face of the predicted joint economic impacts of COVID-19 and ‘Brexit’. Ultimately, given that planning is part of the rule of law and a guarantor of the public interest, it is perhaps unsurprising that Mr Cummings regarded it as “appalling”!

But past experience also shows that planning has an tendency to bring into sharp focus the contradictions in ideologically driven political projects as they manifest ‘on the ground’.