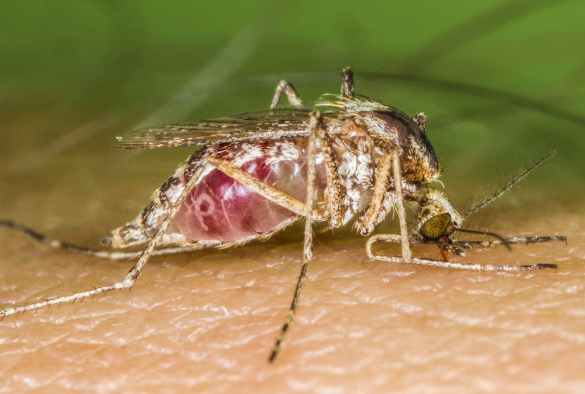 Climate warming could lead to Zika virus spreading into parts of Europe over the coming decades, a new study by the University of Liverpool has found.

The findings, which are published in the Proceedings of the Royal Society B, could help policy makers make future decisions on where and when to effect mosquito control to help control the spread of the virus.

Until now, mosquito-borne Zika virus transmission has almost exclusively been seen in the tropics, despite some species capable of spreading the virus also being found in temperate regions.

“In cooler temperatures the virus may take too long to replicate with the mosquito dying before it becomes infectious,” explains researcher Dr Marcus Blagrove.

“In order to make more accurate predictions about the potential future spread of Zika, we needed to better understand the relationship between temperature and virus transmission.”

The researchers set out to define the minimum temperature requirements for Zika virus transmission in two vector species that are already common in temperate regions: Aedes albopictus and Ochlerotatus detritus.

Groups of mosquitoes were exposed to temperatures ranging ​between 17 and 31°C to see what affect it had on their lifespans and ability to transmit the virus. The mosquitoes were found to require a minimum temperature of between 17-19°C for successful transmission.

Based on these findings the researchers created a current risk map for Zika virus transmission in different temperate regions of the globe. They then used current IPCC models of climate change to look at how increasing temperatures may alter this risk between 2050 to 2080.

Currently, only a few areas in Europe, such as along the Mediterranean coast, are warm enough for potential Zika virus transmission. However, under the worst-case model of global warming, this risk will increase over southern and eastern Europe, the northern US, northern China and southern Japan by 2080.

“We’ve shown that there is current risk of transmission in Southern Europe, particularly around the Mediterranean. As temperatures rise over the coming decades, this risk will likely increase and could even extend as far as central Europe.

“For particularly warm years in future, policymakers in countries at risk may have to consider measures such as reducing mosquito populations,” adds Dr Blagrove.

The researchers now plan to carry out further work to determine the exact minimum temperature required for Zika virus transmission, as well as to look at whether other temperate mosquito species have the potential to transmit the virus.

The research was part-funded by the National Institute for Health Research Health Protection Research Unit (NIHR HPRU) in Emerging and Zoonotic Infections at the University of Liverpool.

Potential for Zika virus transmission by mosquitoes in temperate climates, Proceedings of the Royal Society B, https://doi.org/10.1098/rspb.2020.0119