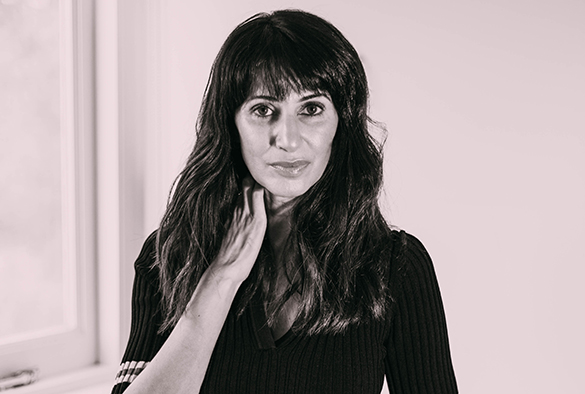 The University of Liverpool is delighted to announce the appointment of award-winning poet, writer and human rights lawyer, Mona Arshi to the post of Honorary Professor of English and Law.

Mona scooped the Felix Dennis Prize for Best First Collection at the prestigious Forward Prize for Poetry in 2015, for her work, Small Hands; completed following a decade working as a lawyer for the human rights organisation, Liberty.

Small Hands was among the first cohort of publications released by Pavilion Poetry, a new imprint launched jointly by the University’s Department of English and Liverpool University Press.

Mona said: “I am delighted to accept this appointment. Language and centring the human in the landscape of our language matters more than ever.

“It feels important that the relationship between the role of a human rights lawyer and that of a poet is made explicit.

“I am looking forward to working with both staff and the diverse student community in terms of building conversations together about the role of the imagination and empathy, and how poetry in particular offers an aberrant alternative in language.”

The three-year post will see Mona take part in events with students from both English and Law, as well as contributing to the University’s broad programme of public engagements.

Professor Fiona Beveridge is Executive Pro-Vice-Chancellor in the University’s Faculty of Humanities and Social Sciences, she said: “We are tremendously excited by this appointment.

“Mona’s poetry speaks to important contemporary issues and her practice is a vivid demonstration of how art can give voice to the voiceless and draw attention to the plight of the most marginalised groups in society.”

Following her quick rise to literary success, Mona has appeared at readings and literary festivals across the UK, while her work has been published everywhere from the literary journal, Granta to the London Underground.

Mona released her second collection, Dear Big Gods with Pavilion Poetry in 2019 and her debut novel, Somebody Loves You is due to be published in 2021.