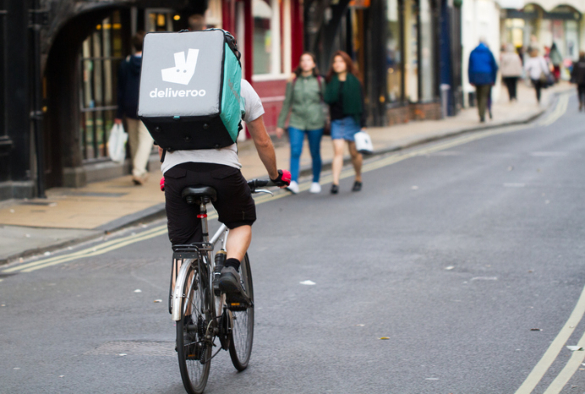 Dr Rob Noonan is a Lecturer in the Department of Psychology.

We’re healthier and live longer than our ancestors, yet we’re constantly reminded of deaths caused by war, terrorism and natural disasters. As terrible as these events are, they accounted for less than 1% of the 56 million worldwide deaths in 2017.

Another colossal distraction is the focus on lifestyle as a way to better people’s health and reduce health inequalities. Of course, what people eat, how much they exercise, whether they smoke and how much alcohol they drink have a bearing on their health. But what matters much more is the circumstances in which people are born, live, work and age – the “social determinants” of health

The fact that the environment shapes people’s lives and health has been known for a long time. In 1842, Edwin Chadwick’s Report on the Sanitary Condition of the Labouring Population of Great Britain highlighted how the ill health of the poor was not the result of their idleness but of their terrible living conditions.

In his semi-autobiographical novel The Ragged Trousered Philanthropists, written over a century ago, Robert Tressell explained how the poor health of the hero of the book, impoverished painter and decorator Frank Owen, could not be solved by medicine alone. It was social medicine that he needed:

The medicine they prescribed [Frank Owen] and which he had to buy did him no good, for the truth was that it was not medicine that he – like thousands of others – needed, but proper conditions of life and proper food.

And over 70 years ago, Sir William Beveridge, the architect of the British welfare state, called for action to tackle the root causes of poor health: poverty, low education, unemployment, poor housing and other public health issues, such as malnutrition and inadequate healthcare.

There is no denying that great progress has been made since the work of Chadwick, Tressell and Beveridge. Far fewer people in the UK experience the absolute poverty, squalor and overcrowding they described.

But the fact remains: the profound health inequalities between rich and poor that have been highlighted throughout the past century – most notably in the Black Report, which was published 40 years ago – remain today. In 2020, a baby boy born in wealthy Kensington, London, can expect to live over ten years longer – and nearly 20 more years in good health – than a baby boy born in relatively deprived Kensington, Liverpool.

Today, a proportion of children still live in absolute poverty. They lack sufficient nutritious food and their families rely on food charity. They don’t have a stable, decent home and are exposed to damp, excess cold, and dangerous levels of carbon monoxide. The proportion of people sleeping rough is also rising.

Beveridge saw employment as the solution to poverty, yet the number of people in in-work poverty is close to 4 million, and a growing number of jobs are part time, low paid or temporary.

An ounce of prevention

The solution to poor health is to prevent it from happening in the first place. But rather than taking a preventative approach and fostering healthy lives through bettering the environments and conditions in which people live, national health services, such as the UK’s NHS, are primarily set up to treat the symptoms of poor health.

Essentially, the UK has a National Disease Service. It’s an incredibly good one, but the primary drive should be to prevent these expensive-to-treat chronic health conditions arising in the first place. Unfortunately, the big loss in public-health grant funding for local councils in the UK in recent years is testament to the government’s continued focus on treatment.

The public health education campaigns that do exist encourage people to move more, eat healthier and limit alcohol consumption. They disregard underlying economic factors and neglect the fact that many people simply don’t have the same opportunities or resources to be as healthy as others do.

The economic basis of poor health is all too relevant today given the increasing return of diseases of poverty and the emergence of devastating new epidemics such as COVID-19.

The reality is that people’s health choices are heavily influenced by the conditions in which they live. Whether they have a job that’s safe, secure and decently paid, and one that gives them control, flexibility and meaning. Whether they’re able to afford a well-heated, well-lit, stable home in a safe area. Whether they have the money, time and resources to buy and cook healthy food and have an active lifestyle. Whether they have a walkable community that provides access to green space and essential services.

Lifestyle is also important for health, but lifestyle behaviours have causes and these causes have causes, too. It’s these wider determinants of health that affect our health most.

That the most deprived areas experience almost ten times as many child pedestrian fatalities than the least deprived areas is a fitting example of how – still to this day – where you live can kill you.