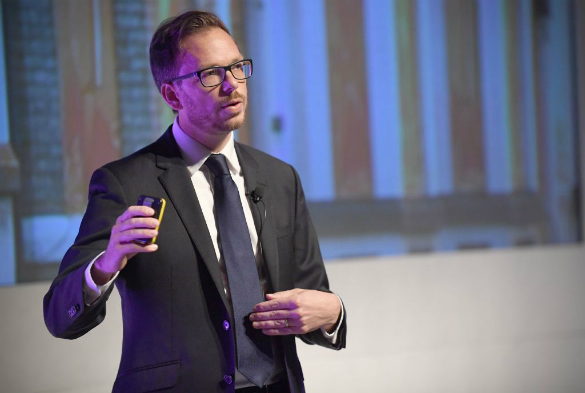 The University’s Professor David Taylor-Robinson highlighted the growing health inequalities in the UK and the need for collective action to address child poverty at Public Health England’s (PHE) 2017 annual conference.

During his keynote address he gave the example of a gap of 19 years of healthy life expectancy between a baby born in the affluent Kensington and Chelsea area of London and a child born in Kensington, Liverpool, adding that this is a consequence of how society is structured, which means it is unjust and can be addressed.

Evidence linking childhood poverty to higher rates of infant mortality, lack of readiness for school and increasing levels of childhood obesity supports the conclusions of the Due North report, published in 2014 by the University of Liverpool and Centre for Local Economic Strategies, that inequalities are large and persistent and have their origins in childhood so need to be tackled in the early years.

Professor Taylor-Robinson, a public health expert at the University’s Institute of Psychology, Health and Society, showed how purposeful policies can impact on health inequalities, and a policy of increasing NHS funding to a greater extent in deprived areas of England compared with more affluent areas from 1997 to 2019 narrowed the gap in mortality inequalities. However, since the approach was abandoned there has been a reversal of the gains made during the strategy period.

Closing his presentation he said it is “absolutely baffling that we allow an exposure as toxic as child poverty – a modifiable exposure –  to wash over such a large proportion of the children in this country. The central challenge to practitioners is to advocate for policies and practices that are going to improve the developmental trajectories of children especially those living in disadvantaged conditions as a way to improve their health and reduce inequalities over their life course.”

In his response to the key note address Professor John Middleton, president of the Faculty of Public Health, agreed that child poverty in the UK is “appalling and unacceptable and needs to be picked up as an issue of health and rights as it is a time bomb for the health of the population by 2040.”

You can view the keynote address ‘Beyond the North-South health divide: what should we do about inequalities?’ here.

This is an adapted version of an article published by Public Health England. Read the original article.