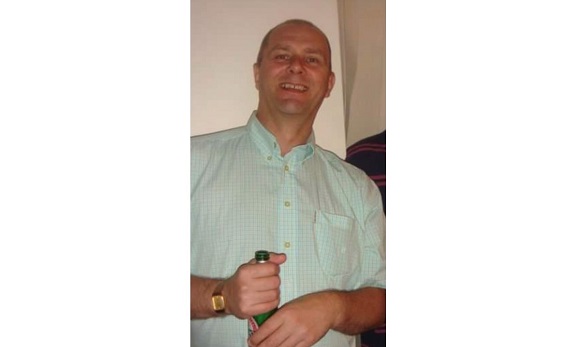 The Victoria Gallery & Museum (VG&M) is deeply saddened to learn of the passing of  Dave Rafferty.

“It is with great sadness that we announce the death of our friend and colleague Dave Rafferty who died suddenly and far too soon.

Dave was one of the nicest, kindest, hardworking, loyal and most thoughtful of people that you would ever meet.  He was a true gent and a friend who always asked how you were and how your family was, with genuine concern.

There are many examples of Dave’s kindness and thoughtfulness but a typical Dave kindness was to always fill the kettle in the staff kitchen after he had used it so that it was ready for the next person.

Dave had his own area of the kitchen with his own chair, side table, radio and radiator.  Dave hated the cold so his radiator was a permanent fixture.  This area of the kitchen is not going to be the same without him and there will forever be a Dave-shaped hole.

Another example of Dave’s kindness and the way he was tuned into everyone was how he would often leave Chunky Kit Kats or a Gold Bar on desks with the comment “I thought I would treat youse”.  If you had a bad cold or a sore throat then he would leave a few Jakemans cough sweets out.

Dave was the master of pop music, especially music from the 1970s where he would always know the artist, date the song came out, title and what number it got to in the charts.  All you needed to do was hum a few bars of a tune and Dave would know it. If it was a favourite from his disco days then he would say “I used to cut a rug to this!”.  We always knew when Dave had arrived for a break as his radio went on playing all the cheesy hits from the 1970s onwards.

A recent poignant reminder of Dave’s thoughtfulness was a neat row of empty coffee jars outside the Learning Team’s office door.  Glass jars are often used in family crafts and Dave never forgot that and would always save his empty jars.

Dave was a huge Liverpool FC fan who was very excited about the new signing of Thiago Alcantara.  In one of his last conversations, he waxed lyrical about him for 20 minutes using every superlative imaginable to describe him and all that he would bring to LFC.

You always knew when Dave was on leave as the VG&M was never as clean as when he was on duty.  He had high standards and was meticulous in his work.  Dave was our cleaner but that description did not do him justice.  He was really the caretaker who looked after not only the building but all of us as well, he truly was our greatest treasure.

We are a small team at the VG&M and most of us have worked with Dave for many years.  We are like a little family, sharing life’s ups and downs with each other and Dave’s sudden passing has been a terrible shock for us all.

Back in March when we first went into lockdown most of us never imagined as we were saying goodbye that it would be the last time we would see Dave.  We think he would approve of this quote from David Bowie’s widow, Iman: ‘You never know the true value of a moment until it becomes a memory’.

We will miss his exceptional thoughtfulness, laughter and support more than words can say and our thoughts are with his friends and family, in particular his two sons who he leaves behind.”