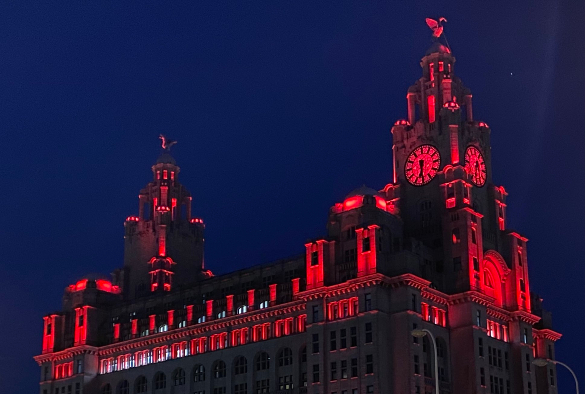 The Royal Liver Building has turned red to help “shine a light” on a devastating brain condition.

It joins other global landmarks in supporting World Encephalitis Day and raising awareness of encephalitis, inflammation of the brain, which affects 500,000 people globally each year.

Supporters of the campaign, led by The Encephalitis Society, were also being asked to wear red and share pictures of themselves on social media using the hashtag, #RED4WED.

Professor Tom Solomon, who leads encephalitis research at the University of Liverpool and is the President of The Encephalitis Society, said: “This is our 8th World Encephalitis Day, and through it we have reached 186 million people using events, mainstream and social media. A survey shows 2 in 10 people had heard of encephalitis. Ten years ago it was 1 in 1,000.”

Dr Ava Easton, Chief Executive of The Encephalitis Society, said: “World Encephalitis Day is the most important day of the year for people who have been affected by encephalitis.

“It is the day when we all come together to make as much noise as possible about the condition so we can educate the public and health professionals.

“Our hope is to illuminate as many homes, buildings and landmarks across the world as possible on February 22 and ‘shine a light on encephalitis.”

There is low awareness of the condition – 78 per cent of people do not know what encephalitis is, despite the fact that, in many countries, it has a higher incidence than multiple sclerosis, motor neurone disease (ALS), bacterial meningitis, and cerebral palsy.

Survivors of encephalitis are often left with an acquired brain injury, the consequence of which means a return to work or education can be difficult.

It can affect abilities such as concentration, attention, thinking, memory, judgement and inhibition, while leaving a legacy of additional challenges such as epilepsy or fatigue. 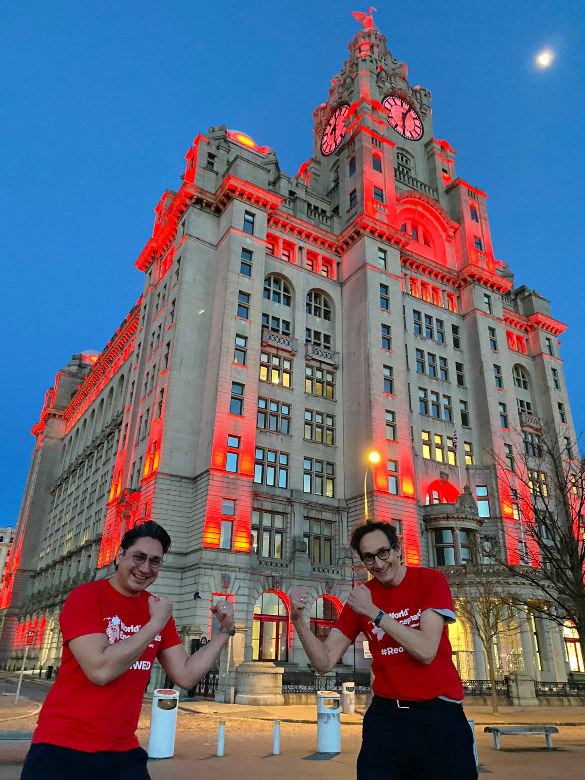 The University of Liverpool’s Dr Benedict Michael and Professor Tom Solomon show their support for the campaign.