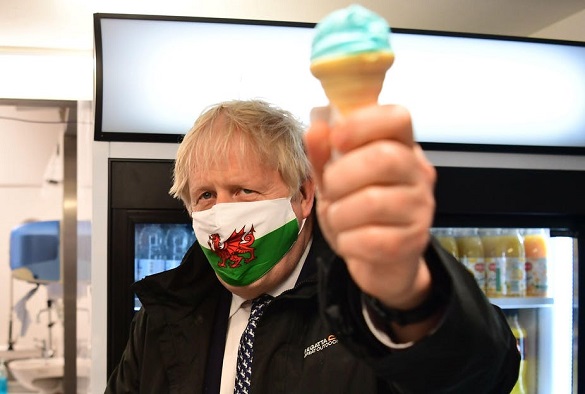 This article by Professor Jonathan Tonge, from the Unviersity’s Department of Politics, was first published by `The Conversation’:

As a result of pandemic delays, the UK is holding the largest number of polls ever outside of a general election on May 6. “Super Thursday” will see contests take place for the Scottish parliament, the Welsh Senedd, 143 English councils, 13 city or city region mayors, 39 police and crime commissioners, a Greater London Assembly and to elect an MP for Hartlepool. With some contests overdue from 2020, this is an electoral monster. Nearly 50 million people have a vote.

This is the first electoral test for the UK prime minister, Boris Johnson, since his 2019 general election victory. It’s also an initial verdict on Keir Starmer’s “under new management” Labour Party. Outcomes will shape the political agenda for the next year. So what should we expect and what does it all mean for the national picture?

The future of the UK is at stake in the battle for the Scottish parliament. If, as expected, the SNP gains an overall majority, the pressure on Boris Johnson to concede a second independence referendum would intensify. Johnson will refuse as it is far too risky. Expect first minister Nicola Sturgeon’s SNP to test that refusal in the courts – but after that, where does the independence campaign go, other than the streets? Could the SNP be at least temporarily satisfied by an offer of more powers for Scotland?

Even if the SNP falls slightly short, the Greens may get a pro-independence majority over the line and the two could form a coalition. Former first minister Alex Salmond might also return to the Scottish parliament via his new Alba Party by polling sufficiently well on the regional ballot. This would be a rather less welcome infusion of independence support from Sturgeon’s viewpoint, however, given the bitter falling out between the two party leaders.

In the English council elections, expect the performance of the parties to broadly match that in the opinion polls. Most urban council seats were last contested in 2016 (one-third of councillors are elected, for a four-year period, with a fallow year) so it’s the change from 2016 vote shares that will decide the outcome in many seats. That year was close: Labour 31%, Conservatives 30%.

In the London mayoral contest, the incumbent, Labour’s Sadiq Khan, has a near 30% polling lead over Conservative Shaun Bailey and should cruise to re-election. The bigger question is whether Labour can win an overall majority on the 25-seat London Assembly.

Elsewhere in England, Labour defends all five single authority mayoral positions. Look out for Liverpool, where the recent excoriating report on the council and mayoralty may produce a contest rather than the usual Labour coronation. The Conservatives defend four regional mayor positions and Labour two. As in 2017, the West Midlands looks interesting. Conservative Andy Street is taking on Labour MP Liam Byrne but looks set to retain the position he won with 50.4% of the vote last time.

In Wales, Labour first minister, Mark Drakeford, has polled well in terms of his handling of the pandemic, with his party well ahead of the Conservatives in second. Plaid Cymru, under Adam Price, might still deny Labour an overall Senedd majority via regional top-up seats but the party’s polling scores are modest, despite increased support for independence. This will be the first time 16 and 17-year-olds can vote in Wales.

Alongside all the scheduled and postponed votes, a by-election is being held in the constituency of Hartlepool following the resignation of Labour MP Mike Hill over allegations of harassment. Could this be another red wall catastrophe for Labour?

Starmer’s party has always held the seat but much of the Brexit Party’s 26% vote share in the constituency at the 2019 general election could transfer to the Conservatives. Labour’s struggle to hold the seat is a far cry from the 1997 Tony Blair landslide, when Peter Mandelson polled three times as many votes for Labour as his Tory rival. Polling suggests the Conservatives could win.

The first police and crime commissioner (PCC) elections in 2012 were a joke. 85% of people did not vote. Turnout improved four years later to 24%. PCCs are powerful and can hire or fire local chief constables. On each occasion, Labour has polled more PCC votes than the Conservatives but ended up with five fewer PCCs, 15 last time to the Conservatives 20. Expect similar.

So, May 6 is Christmas Day for psephologists. The sheer number of contests mean that all parties will claim victories somewhere, in places we have barely heard of. Look for party vote shares as the best guide to who has really done well in the council contests and watch Scotland to see whether Johnson’s troubles extend well beyond flat redecoration.