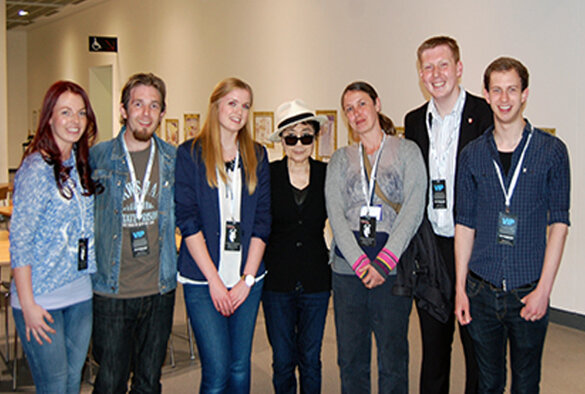 A scholarship fund set up by Yoko Ono Lennon, in memory of her late husband, John Lennon, is celebrating its 30th anniversary, having helped hundreds of Merseyside based students pursue their ambitions.

From research on climate change to racial identity, over thirty years John Lennon’s legacy has enabled more than 650 local students to raise awareness of environmental and global issues through the John Lennon Memorial Scholarship Fund.

The scholarship was established by Yoko Ono Lennon (Hon LLD 2001) in 1991 in memory of her husband. It supports students from Merseyside in financial need, who have ambition to create real global impact and environmental change through their research.

Dr Elizabeth Peatfield is a scholarship beneficiary and Senior Lecturer in Policing at Liverpool  John Moores University. Her research focuses on racial identity and the effect of policy in the presentation of risk within the counter-terrorism narrative. 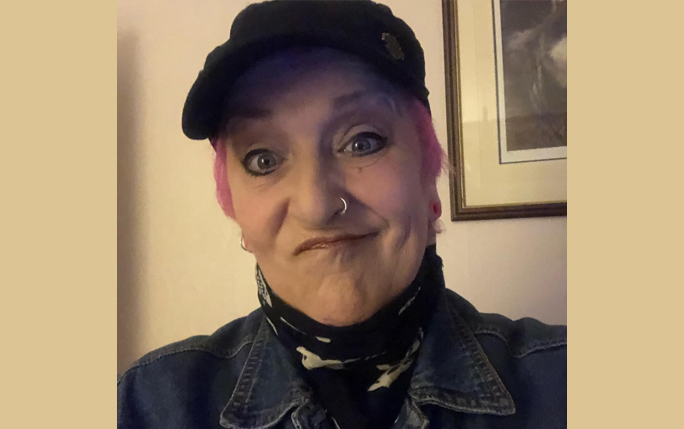 The scholarship enabled Dr Peatfield to achieve her PhD in 2017, which she reflects on: “I was born and raised in Liverpool 8 (postcode of Liverpool including Toxteth, Princes Park and Dingle), no one in my family had been to university. So, when I got a PhD it was unfathomable in my family’s world.

“I worked as a bouncer in Liverpool for twenty years during the 1980s and 1990s. I couldn’t read or write very well so I went back to college at the age of 38, before studying for a BA and an MA, when I applied for the John Lennon Memorial funding to support my PhD.

“The scholarship changed everything, I have Obsessive Compulsive Disorder and I never think I’m good enough. When I received a scholarship email I was due to go on holiday so I didn’t open it straight away, holding onto the dream that maybe I will get the scholarship, but I knew I wouldn’t. When I returned I opened the email confirming I’d been successful, but I still didn’t believe it. I had to ring the University to confirm it. Winning the scholarship helped me to realise that I wasn’t as bad as I think I am. It showed that someone believed in me. It meant everything.”

Now a Senior Lecturer, Dr Peatfield is able to use her experiences to teach others about racial identity and encourage her local community into academia: “I came from a multi-faith; multi-ethnicity family and I grew up knowing certain things affected my family, but couldn’t articulate what that was. I studied psychology and criminology and my subject area is race and identity, and now I can articulate and actually help other people through my work.”

“I’m an ex-biker, ex-bouncer, covered in tattoos punk and when I introduce myself to disadvantaged students they go What you’re a doctor? and I tell them not only am I a doctor, I’m also a Magistrate.”

“My life changed completely when I did my PhD. Because it’s changed everything for me, it has in turn changed everything for hundreds of students. The knock-on effect of me receiving this scholarship is apparent in my karate class where I’ve inspired people to go back to school because they’ve seen Sensei Lizz do it. Some of the mates in the bike club have studied because they’ve seen me do it. I know some of the kids on the foundation course I teach have gone on to achieve their PhD’s because they’ve seen me do it. Because if I can do it, so can anyone. I can’t say thank you to the Ono Lennon family enough. It’s a legacy.”

Scientist and scholarship recipient Dr Clare Bellingham used her scholarship to gain her PhD in 2014. This has since enabled her to follow an oceanographic career to help understand climate change knowledge, all whilst bringing up her children. 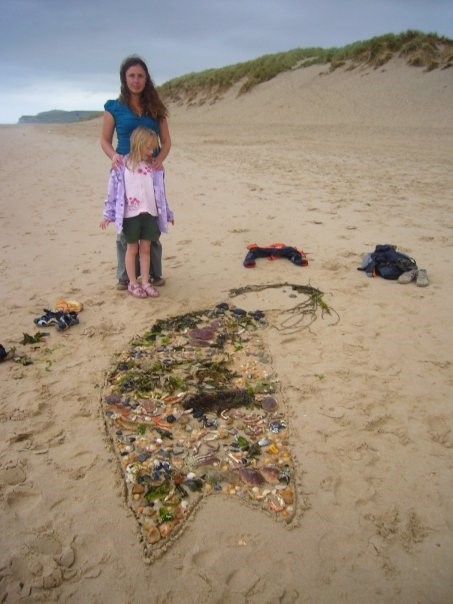 Now working at the British Oceanographic Data Centre (BODC), Dr Bellingham said: “Without the scholarship my PhD would not have been possible. It enabled me to support my four children (including triplets) and has helped me to inspire them to continue their education with my triplets all starting their first year at University this year.”

“Through my PhD I have increased our knowledge of the latitudinal distribution of sea level rise. My research was possible partly due the international Argo project which has greatly increased global temperature and salinity measurements since 1999 by releasing a global array of autonomous floats which measure to 2000m depth. For this reason, I am really proud to now be able to directly apply my knowledge within the UK Argo effort at BODC in Liverpool where I manage the real time data from our floats as part of the International Argo project.”

“Mrs Ono Lennon, from myself and my children, thank you for making this scholarship available to inspire students at the University of Liverpool to achieve more and enable them to do their bit to broaden knowledge of our planet so that we can collectively conserve the natural world and raise awareness of issues that pose a threat to it.”

The Ono Lennon family and their name is indelibly woven into the cultural history of the city and this legacy continues through the naming of the University’s new teaching and performance centre in recognition of Yoko Ono Lennon. The Yoko Ono Lennon Centre will enable world-class teaching across subjects, including the budding musicians of future who will be able to gain experience in a dedicated performance space inside the Centre, The Tung Auditorium.

Vice-Chancellor of the University of Liverpool, Professor Dame Janet Beer, said: “It’s gives me great pleasure to personally thank the Ono Lennon family for their most generous and continued support. The scholarships have a particular focus on global and environmental issues, something which I know is important to the Ono Lennon family, as indeed it is to the University.”

“I’m delighted that our special relationship with the Ono Lennon family is enabling us to continue the wonderful tradition of music and performance in the city.”