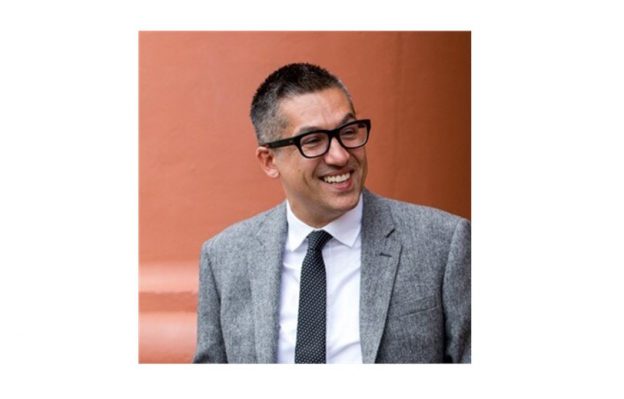 The University of Liverpool is delighted to announce that the Head of the International Slavery Museum, Richard Benjamin will be joining the School of History, Languages and Cultures as a Visiting Professor for two years from September 2021.

Welcoming him, Dr Laura Sandy, Co-Director of the University’s Centre for the Study of International Slavery (CSIS), said: “Having worked with Richard for the last three years, as joint co-directors of CSIS, I am now delighted to welcome him to the University of Liverpool in his new role as Visiting Professor of Slavery and Public Engagement.

“Richard brings unique expertise and experience in the museum and heritage sector, especially in understanding the challenging legacy of slavery’s history in Liverpool and the UK.

“His new role will strengthen our ties with communities and stakeholders in Liverpool and will be of enormous value to students and colleagues who work alongside him as, together, we strive to forward equality and anti-racism and find solutions to contemporary trafficking.”

As part of Richard’s new role, he will develop a module on slavery, and its sensitive and traumatic histories, as well as delivering a series of public lectures across the two year secondment.

Richard will also help support CSIS’s public and community engagement work, and further strengthen the research collaboration between the University and National Museums Liverpool (NML), of which the International Slavery Museum (ISM) is a part.

Richard said: “My research will focus on slavery and public engagement, and I’ll be teaching and getting involved in anti-racist and diversity activities . The research will be shared with NML and feed into the exciting development plans, exploring fresh perspectives on ISM’s collections and offering new insights for audiences.

“It does mean I’m stepping away from my role at National Museums Liverpool for two-years, and I’ll miss the incredible team there. But it will be nice to see some old friends and colleagues at the university,  and I will be following the progress of the Waterfront Transformation Project with great interest.

“I know colleagues will do a brilliant job on such a landmark project.”

Janet Dugdale, Executive Director of Museums & Participation at National Museums, said: “This is such a great opportunity for Richard on both a personal and a professional level.

“The International Slavery Museum team and wider NML colleagues will greatly miss him, but we know that this opportunity to further our relationship and research with University of Liverpool on such an important topic will be unmatched.”

Richard’s new role follows the University’s appointment of Dame Sara Thornton, the UK’s current Anti-Slavery Commissioner, to the post of Honorary Professor in Modern Slavery in July last year, as part of the University’s long-term commitment to researching contemporary slavery and unfree labour, and combatting ongoing injustices around the world.