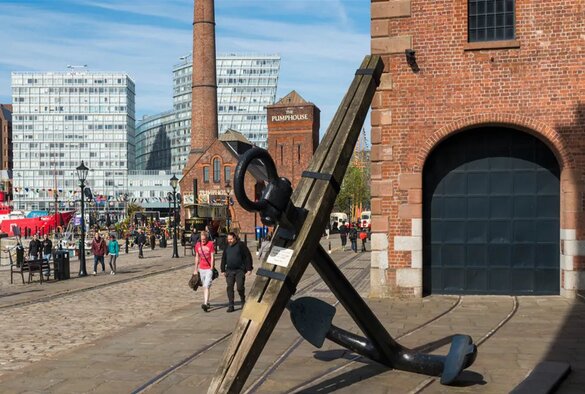 Professor Michael Parkinson is an Ambassador for the University of Liverpool’s Heseltine Institute for Public Policy, Practice and Place and the author of the books, Liverpool on the Brink and Liverpool Beyond the Brink

Unesco has voted to delist Liverpool’s city centre and waterfront, which has held world heritage status for the past 17 years. The decision comes after a protracted row between the United Nations organisation and Liverpool City Council over planned development around the site.

The challenge involved with big cities like Liverpool having a Unesco world heritage site is how to balance the inheritance of the past and the needs of tomorrow. Liverpool argues that preserving its outstanding cultural heritage must be reconciled with the need for investment in an area with some of the greatest economic and social challenges in the UK – even in Europe.

Over the past 40 years, I have chronicled the decline and renaissance of the city. I believe Unesco’s evidence was questionable and its judgement about the city unbalanced. Liverpool has been treated unfairly in relation to other world heritage cities and its unique urban history of development has not been recognised. It has, in fact, been treated like a monument or a museum, not a living city.

How Liverpool came to be listed

In 2004, after considerable lobbying by the UK government and Liverpool City Council, Unesco granted world heritage status to the Liverpool Mercantile Maritime City. This area contained 380 protected features, including the iconic Pier Head and the Albert Dock waterfront.

Much of the site had been regenerated in the 1990s and 2000s. Along several miles north of the Pier Head, however, the docks had lain derelict and deteriorating for almost 50 years.

Unesco’s primary objection, since 2012, has been the speculative redevelopment of this north shore. The Liverpool Waters development is an ambitious project to transform the northern docks with a mix of office buildings, apartment blocks, hotels and retail spaces. The original plan was seen as too high-density, comprising too many tall buildings and threatening what Unesco measures as the outstanding universal value of the site.

Unesco claimed it was not consistently consulted on changes to construction plans, that the moratorium it sought to impose on construction has not been observed, and that development had been allowed without a strategic vision for the area. It also opposed Everton Football Club’s recently approved plan for a new football stadium, which will involve partially filling in the listed dock at Bramley Moore.

Liverpool took a very different view. It argues that a moratorium on new construction in an urban centre is unenforceable under UK planning law, not to mention unworkable in a living city.

The city has a long history of filling in existing docks to allow new development. It has always built tall buildings. Crucially, because it has invested substantially in its heritage assets, the world heritage site is in better condition than when it was designated in 2004.

A city in flux

There is always tension between conservation and development in big cities. Other urban world heritage sites have caused Unesco worries. The Arabian Oryx Sanctuary in Oman (2007) and Dresden’s Elbe Valley in Germany (2009), are the only other sites to have had their world heritage status revoked.

Several others have been identified to be at risk from wars, climate change, pollution,
poaching and uncontrolled human development, among other things. These include the historic centre of Vienna and the Old City of Jerusalem.

But besides these, Unesco has treated certain other cities differently. The organisation has not objected, for example, to the high-rise construction around the Tower of London. Some of the tallest new buildings in Europe have dramatically changed the historic setting of London’s world heritage site, but Unesco has not threatened to delete London.

And then there are the strict operational and preservationist guidelines which Unesco sets for world heritage sites. There are over 1,200 sites across the globe, many of which are historic monuments. Being typically smaller and more contained than a modern city makes applying these guidelines in such places much easier. The area of Liverpool’s world heritage site, by contrast, has been found to be much too big for the city to reasonably be expected to follow suit.

Lastly, Liverpool has pointed out that Unesco’s complaint concerns only one-sixth of the whole world heritage site: the north docks. The rest of the site, which covers much of the city centre, was not faulted by Unesco.

Attending to the north docks, meanwhile, as I have shown in my 2019 book, Liverpool Beyond the Brink, is an economic, social and political imperative. This area collapsed when the port declined, leaving the people living in the area marooned in a sea of economic decline. And it has missed out on the city’s extraordinary renaissance of the past 20 years. Giving those communities and people a brighter future is critically important for the city.

When it comes to conservation, Liverpool has form. Since 2004, the city has spent £740 million on its heritage assets and has a further £350 million in conservation projects underway.

Across the city only 2.5% of historic buildings are now in serious disrepair. In 2000 it was 13%.
Extensive conservation work at Stanley Dock and the Ten Streets project showcases how heritage can be conserved, modernised and brought into economic use.

The Everton football stadium project, too, will be transformational. It will link north Liverpool back to the city centre and transform the waterfront. Everton’s £500 million investment will be part of a larger £1.3 billion boost to the local economy, creating 15,000 local jobs and attracting 1.4 million visitors a year as well as investing £50m in heritage.

In tabling a vote to delist Liverpool, Unesco pitted against each other two competing visions of what the city could and should be. Ultimately, the city’s vision for its future has to be the right one. Liverpool may have lost world heritage site status. But I am confident it will grow and flourish as a world-class heritage city.