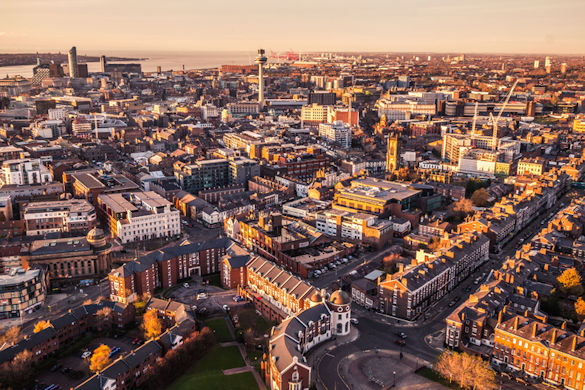 A new documentary by a group of young filmmakers about the L8 Toxteth area of Liverpool is set to air for the first time in the city next month.

Toxteth-based film company Shut Out The Light Films produced the documentary, which features local people, artists and businesses, during lockdown coronavirus restrictions in 2020.

Fifty years ago, photographer Don McCullin captured Toxteth extensively during a period of decline for the area. Just a few short years later violence infamously erupted in the community – events which some still associate with the area today. The film – called Almost Liverpool 8: A Love Letter to a Postcode – provides a moving portrait about life in the Toxteth community today.

The film, which has been directed by Daniel Draper and Allan Melia, takes a journey through the history of the community using McCullin’s famous photographs as a jumping off point. The story follows the area right through to its position today as a diverse and integrated society where synagogues, mosques and churches sit side by side with restaurants serving food from right across the globe.

Commenting on the film’s release, Producer Christie Allanson said: “We are excited to represent our home on an international stage and hope we do the postcode and it’s people proud.”

Director Daniel Draper added: “I love living in L8, it’s a real community and there is so much going on that local people are organising and creating for themselves. I wouldn’t want to live anywhere else in Liverpool now.”