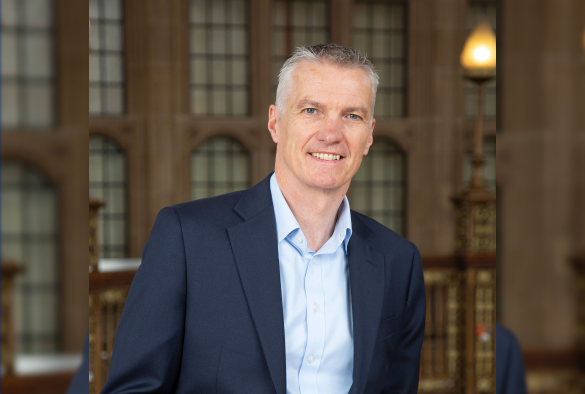 Professor Jones joins Liverpool from the University of Birmingham where he has held the post of Provost and Vice-Principal since September 2016, leading several, strategically important institutional projects, most notably the establishment of the University of Birmingham Dubai including a new state-of-the-art campus which opened in 2022, and the development of the Birmingham Health Innovation Campus. His current portfolio includes a range of other strategic responsibilities including annual planning, capital planning, regional engagement and equality, diversity and inclusion.

Professor Tim Jones said: “I am delighted to be returning to the University of Liverpool, more than thirty years after obtaining my PhD there. To return as Vice-Chancellor of this global, innovative University is a huge privilege. I am looking forward to meeting the dedicated and brilliant staff and students who contribute so much to the University, to the wonderful city of Liverpool and to wider society, through their teaching, research and civic partnerships.”

“The University’s strong 2021 Research Excellence Framework (REF) results provide a fabulous platform on which to build, especially as the University seeks to grow its research ambitions and reputation for innovation and partnership. I am excited about working with staff across the University and its wider community of stakeholders to achieve our considerable local, national and global ambitions.”

Professor Jones will also be returning as an alumnus, after gaining both his undergraduate degree and PhD from the University of Liverpool, before working as a postdoctoral research assistant in the Surface Science Research Centre. The majority of his academic career was spent at Imperial College London and the University of Warwick, where he led several interdisciplinary research centres and consortia. His research was focused on the surface, interface and thin film properties of a wide variety of advanced electronic materials, with applications in areas such as photovoltaics.

Carmel Booth, President of the University Council, led the recruitment process and chaired the appointment panel made up of staff, student and Council representatives. She said: “Tim led the field in a competitive, global search for our next Vice-Chancellor. Throughout the rigorous recruitment process he demonstrated his energetic and collaborative leadership style and communicated an exciting and ambitious global vision for the University of Liverpool.”

“Tim is an experienced higher education leader with an impressive track record of devising and implementing significant civic and international projects. His commitment to teaching and research excellence and his ability to build strong relationships with staff, students and wider stakeholders will be central to taking forward the University’s strategic ambitions and building on its worldwide reputation for education and research.”

“We look forward to Tim joining us in January 2023, following a smooth transition from the current Vice-Chancellor, Professor Dame Janet Beer. I would like to thank Janet for her leadership and commitment over the past seven years which has provided a strong platform for continued success.”