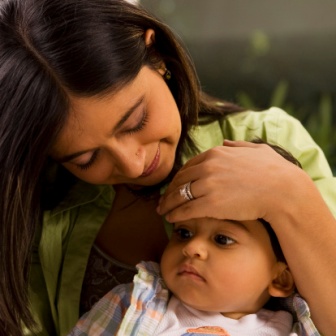 Health authorities in India have announced that they are a step closer to eradicating poliovirus, following more than 12 months of no new reported cases of the disease.

India had the highest number of polio cases in the world in 2009, but the launch of National Immunisation Days, which has reached millions of children under the age of five, has seen a dramatic reduction of the disease, with the last new case being treated in January 2011.

Laboratory tests over the next few weeks will confirm whether the disease is still present in sewage, but if results prove negative, India will no longer be a polio endemic country.

India’s success has been supported through partnerships with the Indian government, the World Health Organisation (WHO), Rotary, Unicef and funding from the Bill and Melinda Gates Foundation.

The eradication of the disease in India will leave three endemic countries, Pakistan, Afghanistan and Nigeria, which all saw an increase in the disease in 2011.

Professor Tom Solomon, Head of the University’s Institute of Infection and Global Health, works with health partners across Asia on polio and related disease; he said: “This is a major landmark in the global fight against poliovirus. To vaccinate so many children in such a short period of time is a remarkable achievement. The ambition, determination and hard work of health authorities, organisations and volunteers in India has been immense and provides us with a fantastic model to progress immunisation programmes in other countries at risk of the disease.

“In order to keep India and the rest the world free of the disease in future, however, the remaining endemic countries must also eradicate polio. Even if polio is eradicated, we still need to be vigilant as there are many related viruses that could prove as dangerous and widespread as polio. At Liverpool, for example, we are working on enterovirus-71, which can cause neurological disorders such as meningitis, paralysis and encephalitis.

“We have recently found that this disease evolves rapidly and is transmitted amongst family members more easily than previously thought. Like poliovirus it is spread through faeces, but we have evidence to suggest it can also spread through coughing and sneezing.

“It has caused outbreaks of hand, foot and mouth disease in Asia, so whilst India’s success in the fight against polio is welcome news across the world, more work is needed to identify drug treatments and preventative measures for related diseases that could fill the gap left by poliovirus.”

To read more about the news from India visit the BBC website.