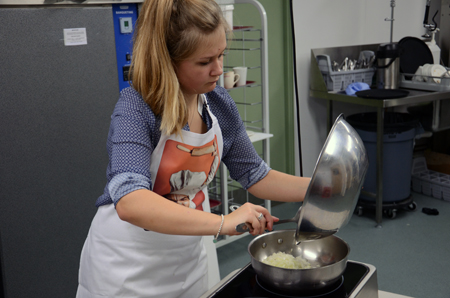 Milly Fontescue took the crown, with her sticky sesame chicken on a bed of pan Asian risotto

Students from the University have put their culinary skills to the test to be crowned University of Liverpool’s Masterchef.

The competition, organised by the Financial Support Team in the University, invited students to come up with an imaginative and original meal for four people for under £5.

Four recipes were shortlisted and took part in a ‘cook off’ in the kitchen at the Victoria Gallery & Museum (VG&M).

The winner received a: £100 voucher for Lakeland, second place won a £50 voucher for Pizza Hut and 3rd prize was a £25 High Street Voucher. 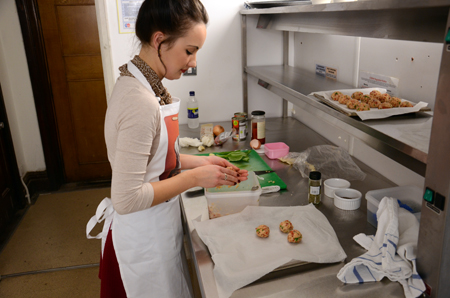 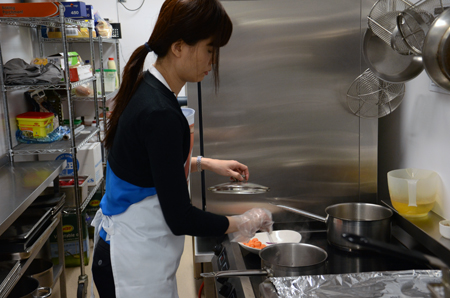 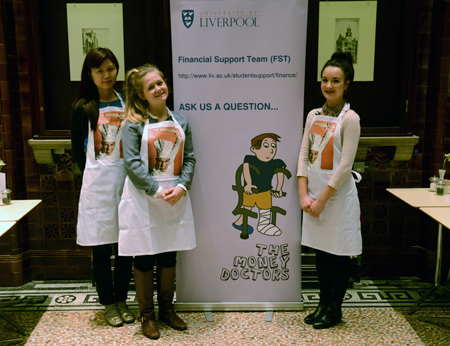 Vicky, Milly and Lydia all prepared a main meal for under £5

One thought on “GALLERY – Students try their hand at Masterchef”